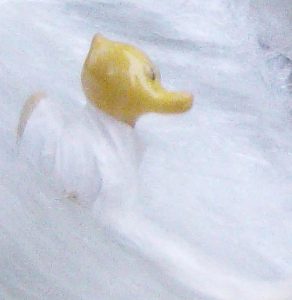 We thank the authors: This site uses Map Icons of :

Some icons are derived from the project SJJB Map Icons by SJJB Management, licensed under Creative Commons Public Domain Dedication.

Some icons are derived from the project User Interface Design Framework by Webalys.

This is a private page with no financial purpose.

I don’t advertise anything but sometimes I can’t prevent some adds in the linked other sources. I use those sources only because I think they are worth it. From what I understand by now, I do not use cockies which I hate. I don’t give away any personal informations. And try to avoid Add Inns which do so. I would not consider myselve as a so called influencer but if I like something or hate something, I claim the freedom of speech. And the freedom of art.

Some of my blogs offer the possibility, do leave comments. I do not publish those automatically.

I -read them,- anonymize them and -optionally publish them without the personal data. Than I delete that data.

I am surprised and proud, that bullshit gets so much attention and that today 27.03.2020 I even had an attempted Brute Force Attack.

Update 22.10.2020 Luck Duck Sheila in person received a phishing mail. Somebody was trying to steal her credit card number and identity.

Here is a snapshot of my in the meantime deactivated wordpress statistic 01.04.2020 which might be an indication of who is going to dominate the 21’st century. Update: I no longer use statistic functions after a new sentence of the high German Court. I also canceled using specific antispam Add Inns.

This site is something to read and to keep my mind busy with nice memories on the grim way to work every day.

I started a homepage  in 1997 on the Compuserve network. Who was a pioneer who some of you younger folks might not have even heard of before. And which allowed me to stay in touch with friends in the USA in those old days. Compuserve was later taken over by AOL. In my young days I learned to operate  Apple II E Computers in school by a math teacher who only focused on creating boring graphs from mathematical functions. These were the times then arcade games like Space Invader became popular. And for some time I had an Atari Computer with a database program which was called something like ADIMENTS. I learned some SQL on a UNIX System in the late 1980’ties. And I do have some limited PHP knowledge which so far I barely used here.

And I always liked travelling and made my first Interail Tour in the mid 1980’ties. And next to some holy water from Lourdes, France which grandma gave me I always took my Luck Duck Sheila along on those trips as mascot since I started travelling. And by that I never had bad luck on my trips. Occationally I took some pictures of Sheila on the way, later mainly slides for the better picture Quality. But analog photagraphy was expencive in those hard old times and I did not focus too much on Duck Pictures at the beginning. Main task was to gather as many countries (not places in countries) as possible, travelling has been some kind of trophy hunting ever since. Since the world has been thouroughly explored and photographed by tourists of all kinds I decided to focus on a new subject, Travelling Rubber Ducks world wide and  I added a page on my Homepage for my Luck Duck Sheila at the end of the 1990’ties. I mention this, because at that time I think nobody did something like that.

Not even those darn travelling bears which seem to be known much wider than the Ducks. (happended to me several times that people caught me taking pictures said: aaah, like the travelling bears) !!! But the links no longer work, so I presume they gave up recently and understood they are no comparison with the Rubber Ducks.

And there is a Happy Rubber Duck Day

About 4 (2016) years ago I came across the site travellingducks.com, Blogging platform with many really amazing pictures from all over the world which was much more comfortable than my own site. So I made myselve at home there and I started blogging there.

Unfortunately the site is no  longer online since about June 2017 and I don’t know what happened. So I decided to make a brand new start with a new homepage with wordpress. And I discovered a whole new world of Rubberduck related informations. The Duck Business round the world is booming, I see them everywhere now, even in big News Shows and election campains and I learned that the the words „big yellow duck“ was censored in China by the Big Firewall. The Ducks made big Impact in Arts, Technologie, Ocean Pollution, trade, most serious TV News magazines and even in Reinsurance Business. Sad things happened too, like Duck Andrik falling of the Chinese wall, r.i.p. or Duck Ulrich ducking in Vietnam as he again had to hide from the police. Or flukes like comrade Erik from Norway whom I never met, losing a duck in Berlin and me getting a picture of it by pure chance from a friend travelling there.  Ducks now are everywhere I placed a order just yesterday and I have a suspicion that the Ducks are trying to take over the world.

My first Duck Pictures of Luck Duck Sheila steem from 1985 when I was in the USA for the first time. I continue working on one special big blog „Wittelsbacher Castles and Memorials“, the Wittelsbacher who are a old European Dynastie which started in Bavaria (maybe even in Troy) and which produced 6 bavarian kings, two german emperors(and kings), one german king and not to forget about King Otto I. of Greece, 5 Swedish kings, one of them also Norwegian and Danish king. And maybe even (as the Jakobits say) actual king Francis II. of England, Scottland, Ireland and France with family links to many other nobals and royals. Unfortunately the blog ist too big now and I can’t edit it any longer. I started consierding to split it too late.

And I am fascinated about how linked the world is and on how history, extremism and gossip repeats. During my research I had to drink a lot of beer for historic reasons and eat a lot of „Schwarzwälder Kirsch“ black forest cake.

I of course have to thank friends for supporting my projects and providing pictures or actual news about Duck Actions round the world.

Sheila of course still is my number 1, but my Duck Family has grown significantly in the past years as some locations and actual events need to feature special stars.  I hope you enjoy to read this unimportant texts, like the pictures and find the inspiration to dig deeper into some of the subjects to think about it. And don’t forget to smell the flowers along you way. So far this blog is not open for guest writers or comments, I have to get more familiar with  the technical and legal inflictions first.

A[nother] Gift to Those Who Contemplate the Wonders of Cities [, Nature] and the Marvels of Traveling (