Sheila also spent some short time in New Zealand. We had an overnight stay close to Auckland airport and were hoping we could do some sites-seeing for some hours. But we had a problem with my luggage which was on an earlier flight coming in from Sidney, Australia which we did not know. So Sheila desperately waited for her clothes at the baggage carousel before we asked what happened. Then we found it laying at the side of the big, busy hall and were the last ones to clear at the immigration. Which also took quite a while because disease control was very strict and my shoes and tent was controlled. So we lost the little time in New – Zealand for this process. I only got one picture there of a blurry darkness on the way to the hotel where I only spent some hours sleeping before returning to the airport to continue to Fiji Islands. 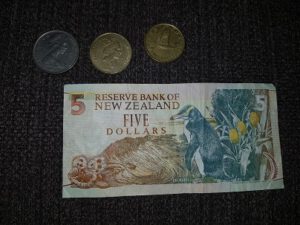