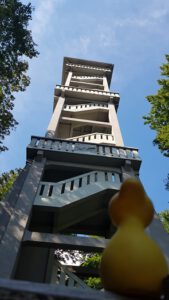 The swarm made a tour to “Ebersberg” (Boar-mountain).

Starting from 1860 several watch towers were built on the “Ludwigshöhe”. Todays unusual high tower in the forest started to be built short before WWI and it was opened 1915 next to a hero – avenue of lime trees which commemorates soldiers killed in action in WWI. Although we saw the tower from some distance, we had a hard time to find the way to it. Others on the way had the same problem. But in the end, we found it. 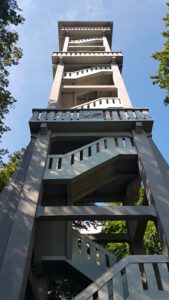 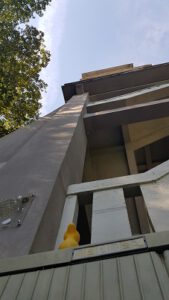 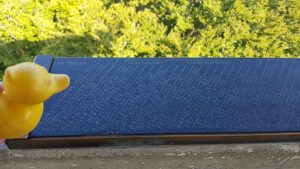 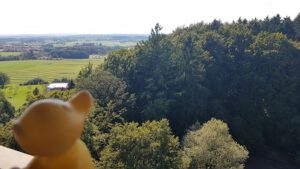 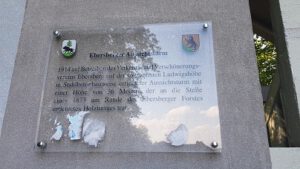 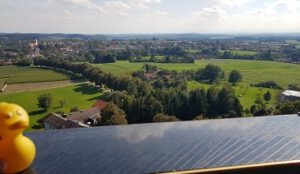 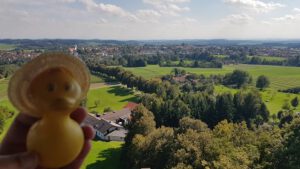 We were hoping, we would find an open restaurant along one of the lakes. But it was Sunday and with corona restrictions still in place, everything along the way was closed

But the lakes are dangerous. We recently learned about a new carnage here.

We learned the wild dangerous Boars are not the danger to humans here. But, instead some nasty fish, which attacked recently.

So we only had some Ice Cream in Ebersberg. Sheila of course chose a Black-Forest Cup after visiting the former monastery’s church. 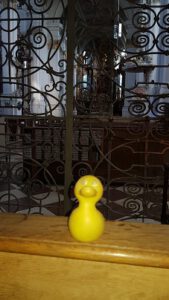