Veröffentlicht am 3. November 2021 | Von 7803Sheila
Hitler and Göring working out plans in the Osteria
Ebersberg panoramic tower hard to find 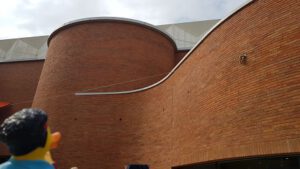 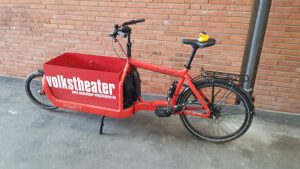 The swarm got information that the new „Volkstheater“ (theater of the people, property of the City Munich) will open soon. And it offered an open day to visit the brand-new theater which was built by the city of Munich for 130.000.000 Euro. The construction costs (to the surprise of many in Germany) stayed within the predicted budget.

So, intendant Christian Stückl from Oberammergau got a new toy. We were lucky and joined a tour through the theater guided by master Stückl personally. He was looking as happy as a child opening the presents at Christmas Eve. The house puts up several most streamlined new stages but also workshops like a joinery, a locksmith’s shop, 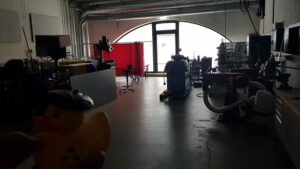 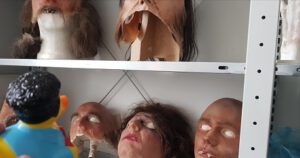 or a mask and costume maker shop. Everything you need for a theater on one new vast compound. Almost everything of the stage is electronically controlled now !!! 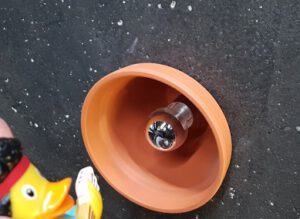 But: The theater is also an official education operation for theater staff. A enterprise of the city of Munich. So they had to install some extra manual operated cable hoists for the apprentices to make sure the new crews know how to operate classical ropes properly. An art which must not be forgotten these days. If you want to bring a performance to the stage to impress the people. 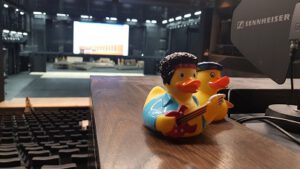 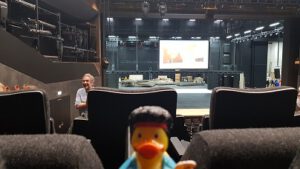 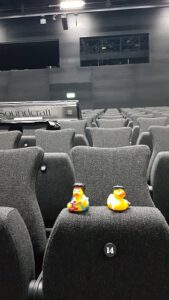 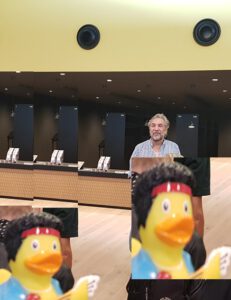 As we know Stückl as a heavy smoker I had to ask if there are smoking rooms in the compound. He negated but added (as a joke) except for his own bureau. As the extra long tour took about an hour I notice, Stückl getting more and more nervous at the end, and he left us in a hurry. As he had to repark his car as he told us.

We did not like the fact that they sold Austrian beer in the court of the compound. (Radler, beer mixed with Lemonade; here much too sweet as we thought) 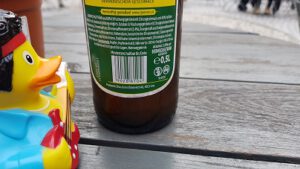 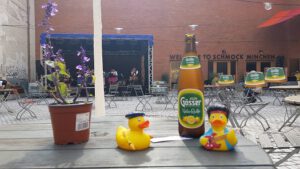 We finished the tour in the neighboring Bavarian Navy on the bridge in the old ship Utting. Which we sailed on in the 1970’ties until to 2016 on the Ammersee. 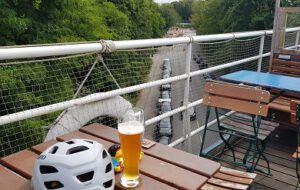 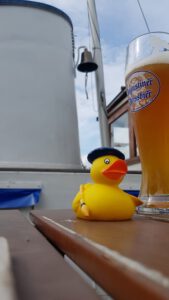 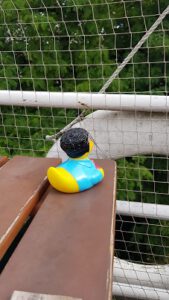 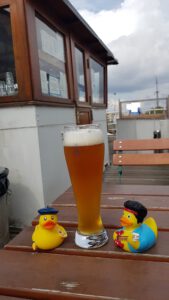 Bayern is important for the Marine.

The Marine/Bayern is deployed in the Pacific now. Here are some impressions from the harbour Japan/Tokyo. (former allied Axis Power)

They even got some Bavarian beer. Brewed under the rule of the „Bayerisches Reinheitsgebot“. Brewed by a brewer steeming from Bavaria in Japan.

We also saw the famous Inn Schlachhof (slaughterhouse) next door which hosts popular political cabaret like Ottis Schlachthof. Ottfried Fischer of course does not like Smieranten. 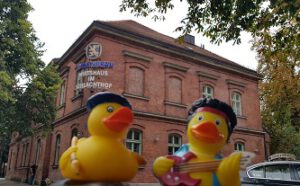