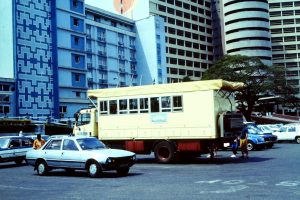 1989 Luck Duck Sheila joined me on a trip through West Africa. The tour was performed by Daltus who offer adventures trips in trucks with tents on the roof. Sometimes we parked in Resorts and rented one or two rooms to be able to use the facilities but many times we just camped out in the wilderness. 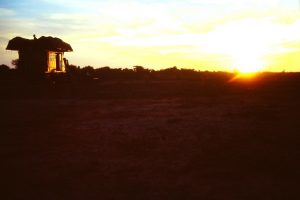 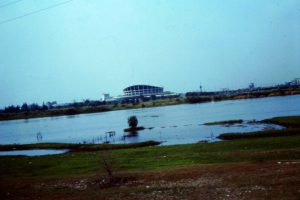 The tour through Wets Africa was physically and mentally strengourous. On one stage we  had to rely on the water in the tank in the truck for 5 days as no secure clean water supply was available on that stage and there was a rationing of water (3 l per day) for drinking and cleaning. That tour through some of the poorest countries of the world significantly changed my view of the world.

The adventure started in the Airport of Rom where we continued with Alitalia to Lagos. It was raining hard outside and the Roof was leaking  putting the transfer hall under water.

When I walked through the Immigration in Lagos I was asked for some extra security fees but I pretended I didn’t understand and continued without Problems. Things like that happened frequently during that trip, not only on country borders but also when entering towns with their own Immigration Office. I collected a lot of stamps in my passport during that trip.

And you always had to be sensitive when taking Pictures. Especially in Lagos I thought people were kind of aggresive at that time. Getting along with the Souvenir dealers wasn’t easy at all too but all that helped to increase you selve convidence in the end.

One of the Group suffered a severe heat stroke on the way and one  member became sick from Malaria at the end of the trip and had to go home early. On the road (a sandy path) we heard a story of another Operator who lost one Tourist due to Malaria and who had trouble to get the body back home. 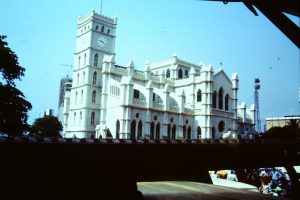 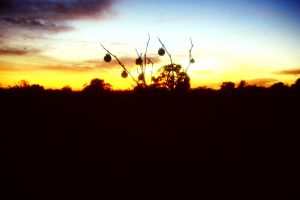 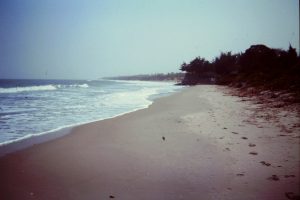