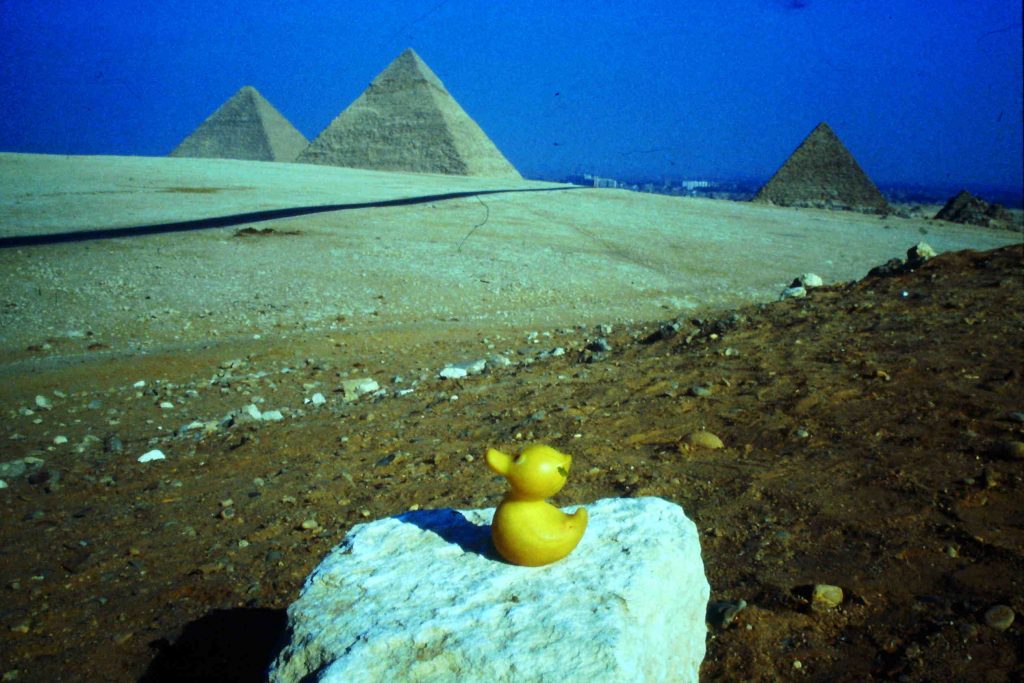 During one of her trips to Sharm el-Shekh Sheila took a break from her duties on the diving boat to visit the Great Pyramid of Giza and the City of Kairo, the City of a thousand minarets.

It was here, were globetrotter Wittelsbacher Duke Maximilian I.  I N  Bavaria, farther of Sissi (Empress Elizabeth of Austria), eccentric “Zither-Maxl” gave a private open air concert and banged the strings of his Zither of the Pyramids. (correction: on top of Pyramid Cheops where he climbed up)

Rich Duke Maxl ( I.   I N  Bayern) had more money than his cousin and godfarther Duke Maximilian V o n Bayern, later Bavarian king. Zither Maxl at home in Munich also operated a private circus in which he also appeared in the ring. The forced marriage with
Ludovika V o n Bayern was not a happy one as he had numerous affairs. And he was a bit unusual (pas comme il faut) and no king.

Ludovika said during the wedding:

This marriage and all what comes out of it, shall lack gods blessings.

In fact the male line of the Dukes I n Bavaria, as far as I read has now come to an end and the title will now go to a male heir of the royal line O f Bayern. Ludovikas origin. As the possible titles King of England, France and Ireland can be inherrited by female members at least those titles are secured and now in the House Liechtenstein.

-Grandson Rudolf killed his lover Mary Vetsera in Mayerling and shot himself.

-And granddaughter „This“ Countess Laritsch (ne  pas comme il faut) expelled from the family and ended in poverty.
But she appears in the movie as a maybe 2 year old girl who already has a Maß Bier. (1 l. beer) 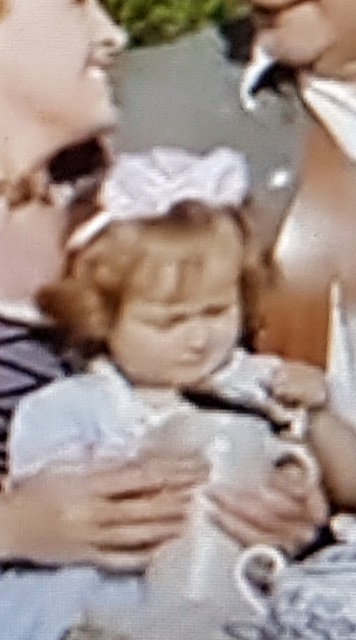 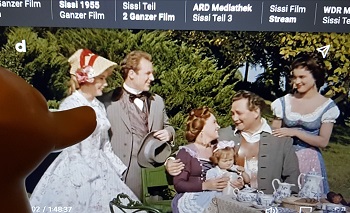 She is burried in Munich Ostfriedhof next to her farther who was not !!! the son of Sissy but Sissy’s brother. The statement in the linked movie is wrong.

We also visited the famous Egyptian Museum in Kairo at the Al-Tharir-place with the death mask of Tutanchamun. 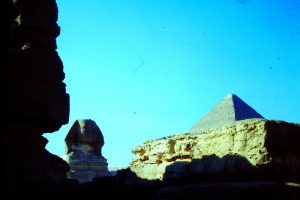 We also visited several mosques such as the Mosque of Muhammad Ali or Alabaster Mosque in the Citadel of Kairo up on a hill and enjoyed the view on Kairo, also up on Kairo Tower. 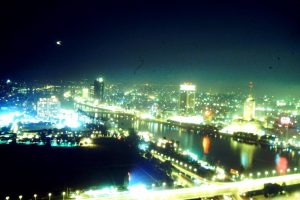 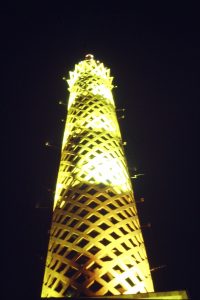 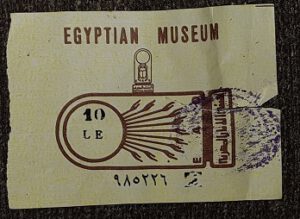 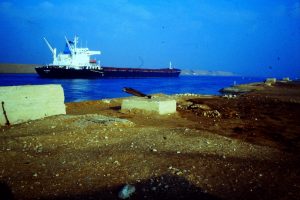 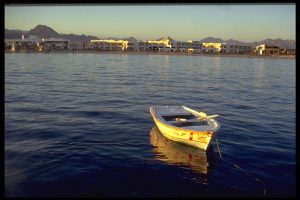 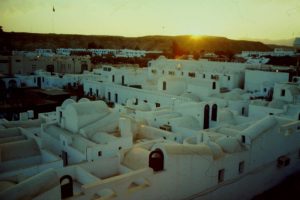 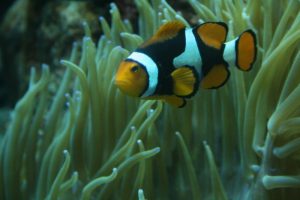 After a Long day of diving along the shores of the Sinai on the way back we saw this turtle breathing some air Close to the Harbour of Sharm El Sheikh. Then Sheila came to Sharm the last time she was missing the old Sanafir Inn, now there is a noisy Disco.

I also rented a SUV car and drove into the desert and stayed there for one night. Sheila enjoyed the complete silence, watched the stars turning above us, almost lost her lunch terrified after a swarm of birds made a sudden start in the morning, enjoyed a nice sunrise and was kind of glad after the eary silence when later in the morning a group of quad riders appeared before heading back to Sharm. We a, lso saw a nice Mantis with big mandibles, still clumbsy after a cold night. 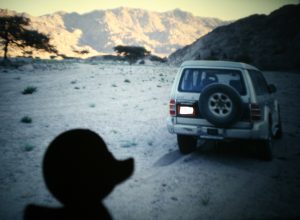 Of course Sheila and I visited the Thomas Reef and Jackson Reef, Gordon Reef and Woodhouse etc. in the Straits of Tiran several times to go Scuba Diving. Sheila was responsible for the equipment. 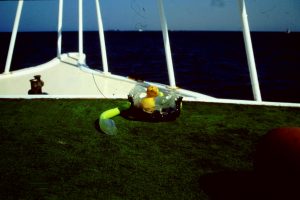 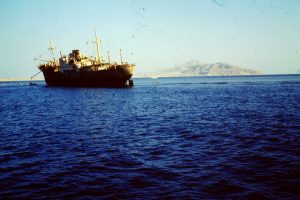 On the way we saw this old wreck (i think called Loullia) lying on the Gordon  reef but we also saw Lara on Jackson.

On the way home from famous Thistlegorm wreck we again passed Ras-Mohammed National Park half peninsula were I went to the toilets several time (of Jolanda Wreck underwater on Jolanda Reef). Last time I dived at and in Thistlegorm I saw several  (!!! this is not my Video !!!) Longimanus sharks (Oceanic White tip shark) for some moments on the side of the wreck but far away from our Group. It’s one of the species which can be potentially dangerous for humans. That was before we went into the wreck. We did only two dives as it was a Muslim Holiday. In the distance we could also see some egyptian oel drilling platforms. 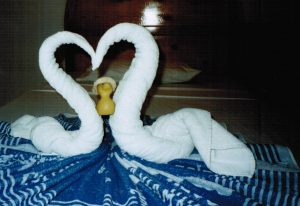 Before going on another dive crusade in southern Egypt from Al Quseer to Marsa Alam we spent a view days in Quseer and did some dives there. Sheila guarded the room during that time. The chambermaids obviously liked her a lot as I found her like that after returning from a day out on the sea. In the Hotel club in the evening they played the popular song Bésame Mucho and this song became Sheilas favorite ever since. Fellow divers next to our table who worked as serious judges in german courts sang the wonderful song loud to the Music during the pleasant evening. Probably the most popular song in spanish language. 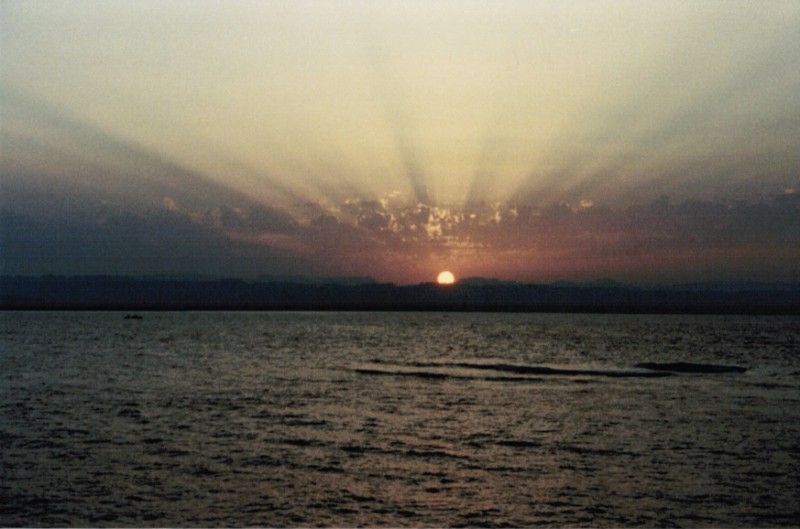 During the dive crusade we also visited famous Elphinstone Reef (Abu Hamra) where we did for some moments see some Hammerhead Sharks but also a big school  of dolphins on the surface. The Elphinstone Reef is a challenging site as dives tend to go deep there and there are significant currents. Four divers dissapeared 2007 as they were carried away by the current. Only one more diver could save himselve by swimming to a beach in 15 km distance.

After having visited Egypt several times before for site-seeing and scuba – diving Sheila returned to Egypt, Sharm El Sheikh in 1997. Two more dive Buddys were supposed to join a week later but due to the terror attack at Hatshepsut’s tempel they canceled and let me down. I did go diving but also looked for some alternative program in the area, so Sheila and I visited Mount Moses (Gebel Musa), Saint Catherine’s Monastery and we also went to Jordan. The tour to famous Mount Moses started in the middle of the night and we were driven there from Sharm. Not too many People joined after the attack which however was far away. I too had mixed feelings since I had been there before too. Since the bus was mostly empty, I used the opportunity to lay down on the floor of the bus to get some sleep and to escape from possible bullets of terrorists. But we had no problems. We arrived early in the morning and started to walk on the mountain. We made it in time to watch a spectacular sun-rise. But it was cold, almost freezing temperatures.

Moses here received the 15 commandments on three tablets but dropped the one with the rules for the investment business and politicians. 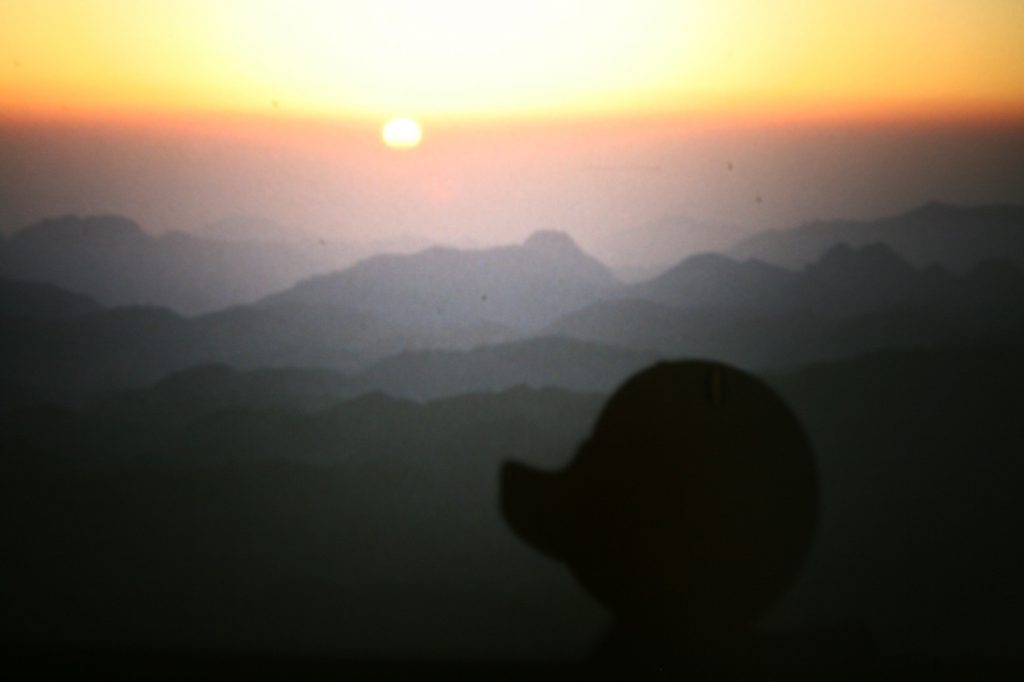 Moses stayed 40 days on that mountain without drinking water. The Bible doesn’t say he did not drink beer.

Which produces a nice color in you face according to Hildegard von Bingen. 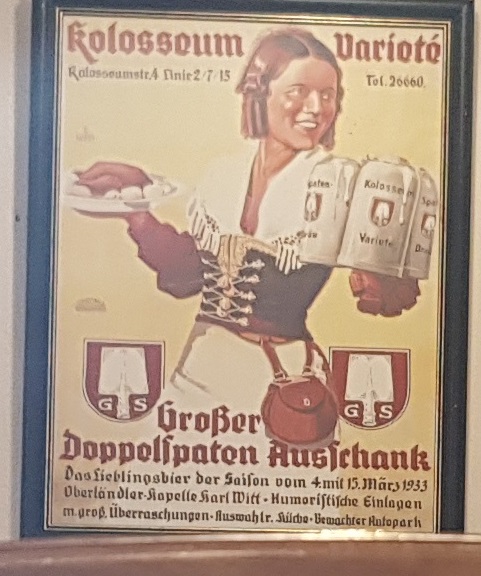 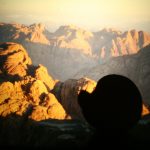 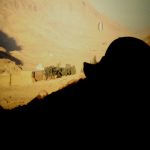 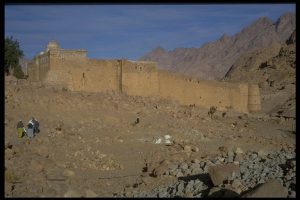 On the summit I had some hot tee in a heated mountain hut. I admired the pilgrims from Egypt and neighbouring countries but even as far as from West Africa who partly walked up in sandals and thin local clothing. There were several religious ceremonies by different religions performed on the summit. Going down I kind of raced with one of the men in sandals, I did not want to let him pass and I in my streamlinded hiking shoes was successfull.

But only 20 seconds faster. I am not proud about it.

This trip started and ended in Hurghada, a Resort town at the Red Sea. In Hurghada one evening I took a Taxi to a club near by where some customers had an argument and fight. They had to leave. One of them did not notice that he had dropped his expensive watch which fell right under my table. I picked it up and did not Keep it for myselve as another custormer suggested nor did I give it to him. I braught it to the bar and handed it to the staff. The guy who dopped it, came back later and tried to get it back at the bar but he didn’t get it. Taking the Taxi back to the hotel we came past some police controls with policemen with automatic guns. I remember I layed my hands on top of the glove compartment.
The bus transfer from Hurghada to Luxor was accompanied by a police car. Even at that time, they already had political tensions in Egypt.
(and other monuments along the Nile) 1994 I for the first time went to Egypt to make a scenic cruise on the Nile river and to spent a week in Hurghada. I also did some dives there to practise my new diving skills after having learned diving 1993 in Australia.
The monuments along the Nile were amazing, it was in August though and extremly hot. Several People of the Group collapsed in the heated antique ruins. Sheila insisted that I should bring my nice black suit to were it on the Nile ship as reverence to the movie Death on the Nile. But I found myselve being the only one to wear a suit at the Gala dinner. 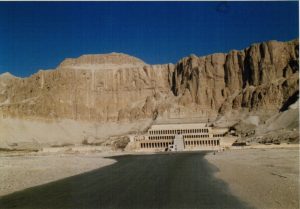 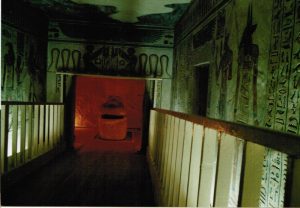 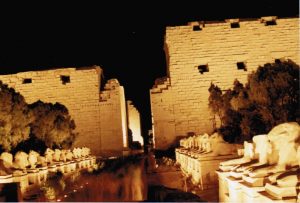 During the Nile Crusade we also came to Assuan (Aswan). Instead of going on a expensive bus tour to Abu Simble Sheila and I decided to do a individual excursion to Qubbet el-Hawa, a hill/dune on the western side of the Nile a bit north of Assuan. We took the local ferry and walked up on the hill and visited the antique graves. No entrance fee was charged at that time, now they do as I read. On top of the hill is the Mausoleum of Sheikh Sidi Ali Bin el-Hawa from which you can enyoy a marvellous view to all directions, also aver Aswan Dam.

During the Nile Crusade we also came to Assuan (Aswan). Instead of going on a expensive bus tour to Abu Simble Sheila and I decided to do a individual excursion to Qubbet el-Hawa, a hill/dune on the western side of the Nile a bit south of Assuan. We took the local ferry and walked up on the hill and visited the antique graves. No entrance fee was charged at that time, now they do as I read. On top of the hill is the Mausoleum of Sheikh Sidi Ali Bin el-Hawa from which you can enyoy a marvellous view to all directions, also over Aswan Dam. It was quite windy up there so Sheila had to hold on to my backpack. 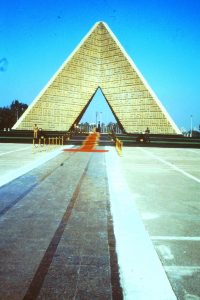