Another Team in Kos, Greece 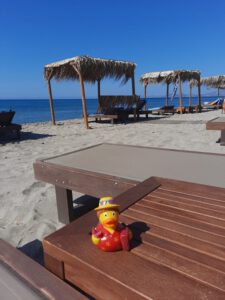 After we recently sent a pioneer team to Kos, Greece and discovered that travelling there is fairly save we sent another group. This time we sent Tourist Heinz and the Ducktor.

The trip started at MUC airport “Franz Josef Strauß” where some essential supplies for the trip had to be bought. Heinz made sure, that all suitcases were safely closed and tagged. 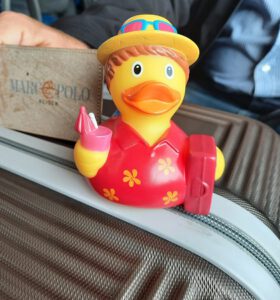 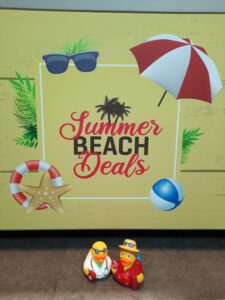 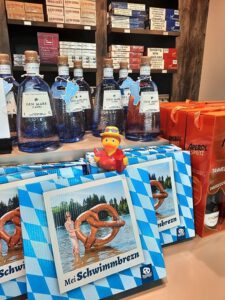 Heinz, as an expert for Mass Tourism, received the honorable task to reserve the stretchers at the beach early in the morning. After checking out the situation at the beach with an early view from the hotel. 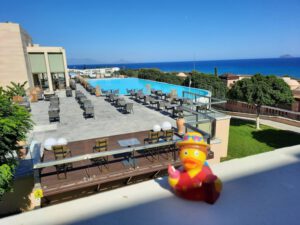 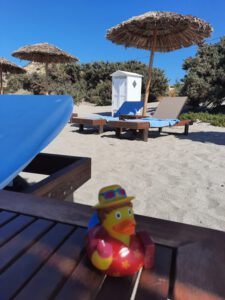 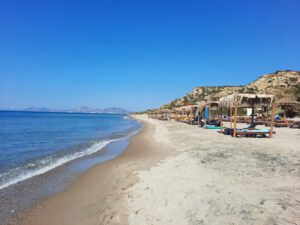 And he represented the swarm at several official events. Like exhausting wine tasting. 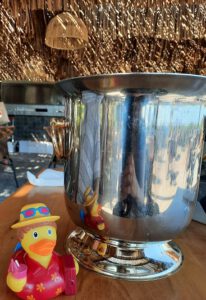 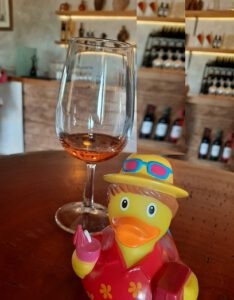 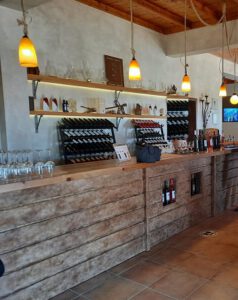 After all the burdens, of course some beer was required too, to relax after the strenuous work. 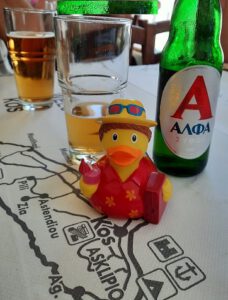 The Ducktor however had other plans. He wanted to renew his Hippocratic Oath under the famous Plane Tree of Hippocrates after he recently was coerced to lie about some of his patient’s weight and fitness for military service. Trees seeded from the original Plane Tree had been give to many places and grow all over the world. A concept which other people persued too.

We also like this concept of Hippocrates: „Let food be your medicin!“. So we eat and drink a lot as he, not at all, performed Quackery and was no snake oil salesman.

Although the oath is named after famous Physician Hippocrates (460 bc-370 bc lived earlier) it is not sure if it was written by Hippocrates himself. First known written fragments date back to 275 AD. Hippocrates also travelled a lot, exceptional for it’s time. 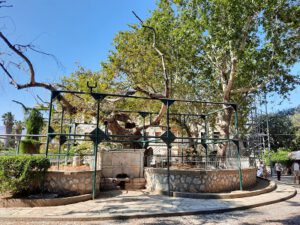 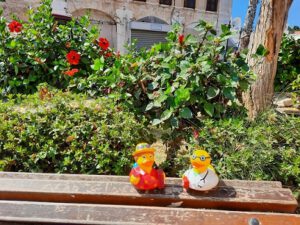 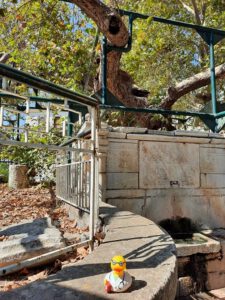 Of course as all vacation are too short this one is already almost over. But with the rising Corona Incidence I noticed that the distance between Heinz and the Ducktor got bigger too. 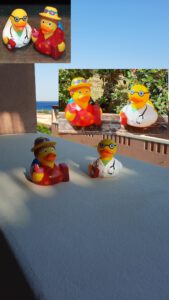 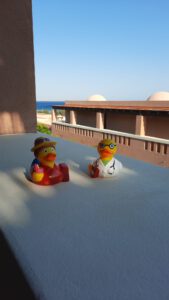 Sirtaki dancing is no longer permitted. So they have to keep their feet still, maybe Saint Emmeram can help.