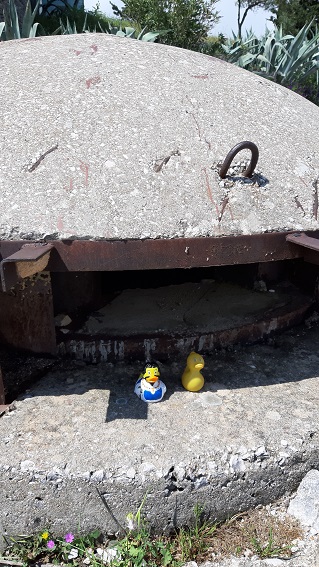 After all those years with the Pandemic the swarm thought, it is high time to visit a new country. So, we though to ourselves, the easiest way to do that, was to go to travel to Greece and to make a short trip to Albania. We visited the harbor town Saranda with the ferry and then with a bus. Sheila as always did the necessary safety checks. 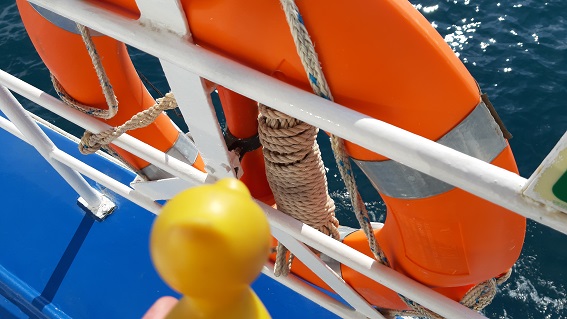 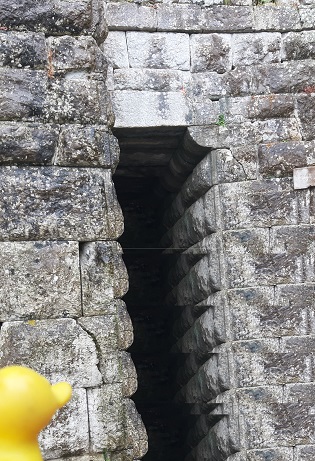 According to a ledgend, Aeneas from Troy was here who later founded Rome in Italy and by another ledgend was the ancestor of the Wittelsbacher.

The famous Lion Gate which is actually quite small to prevent enemy to invade too easy. The lions seems to be killing a Bull to scare of those bullying enemies 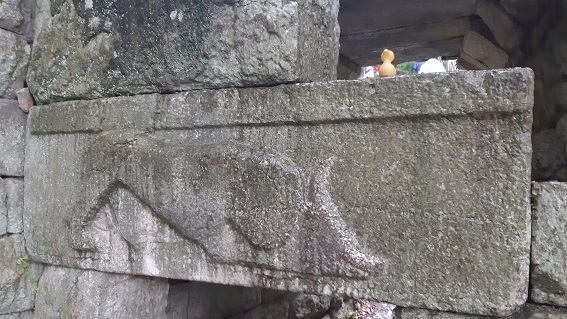 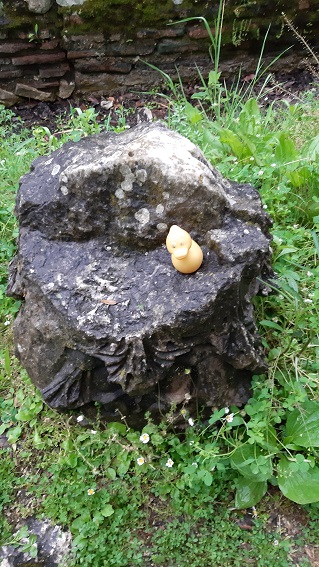 There is a wonderful Mosaic situated on the compound, but it is covered with gravel to protect it. 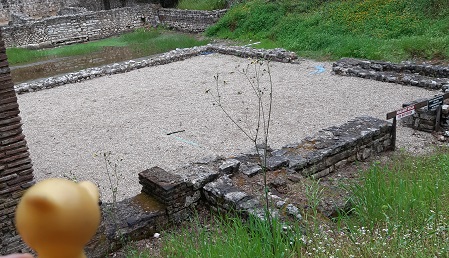 Maybe some like those Byzantin Beauties we found in the castle museum in Korfu Town, Greece. 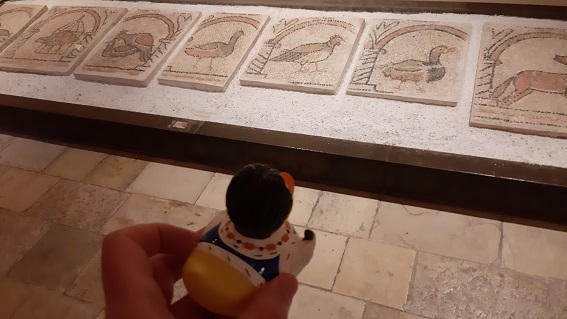 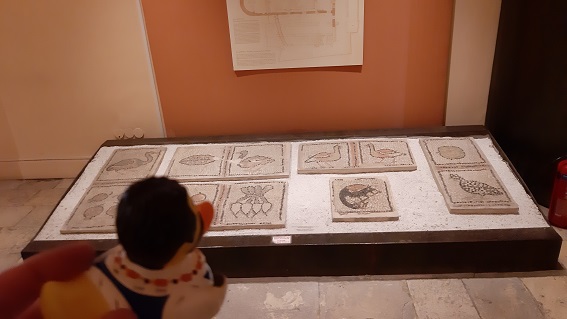 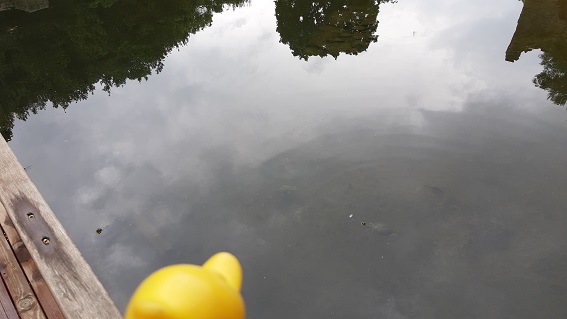 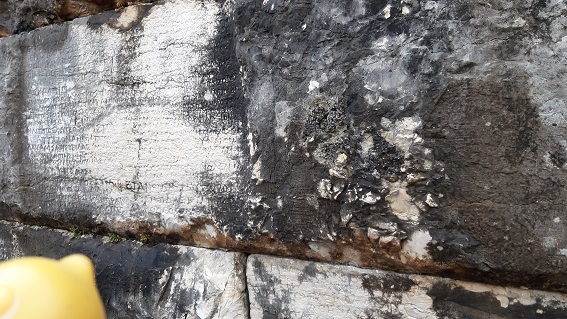 We enjoyed lunch and coffee in the Harour of Saranda. 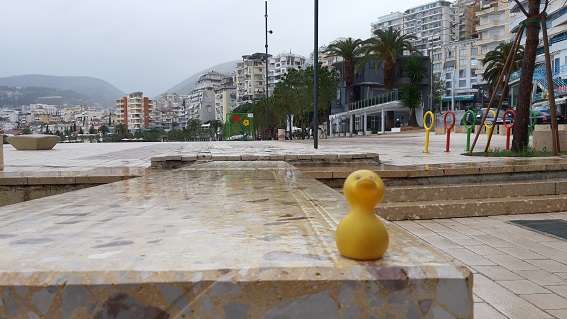 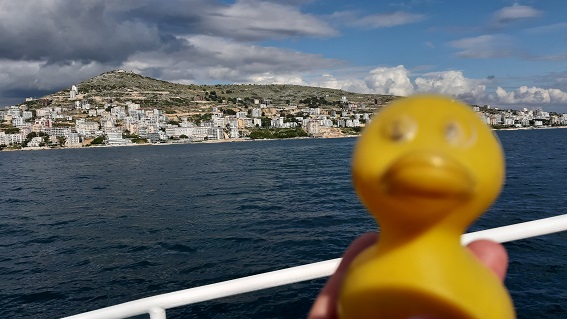 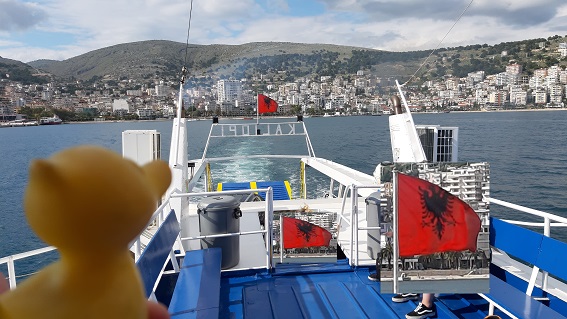 We saw some wildlife too. 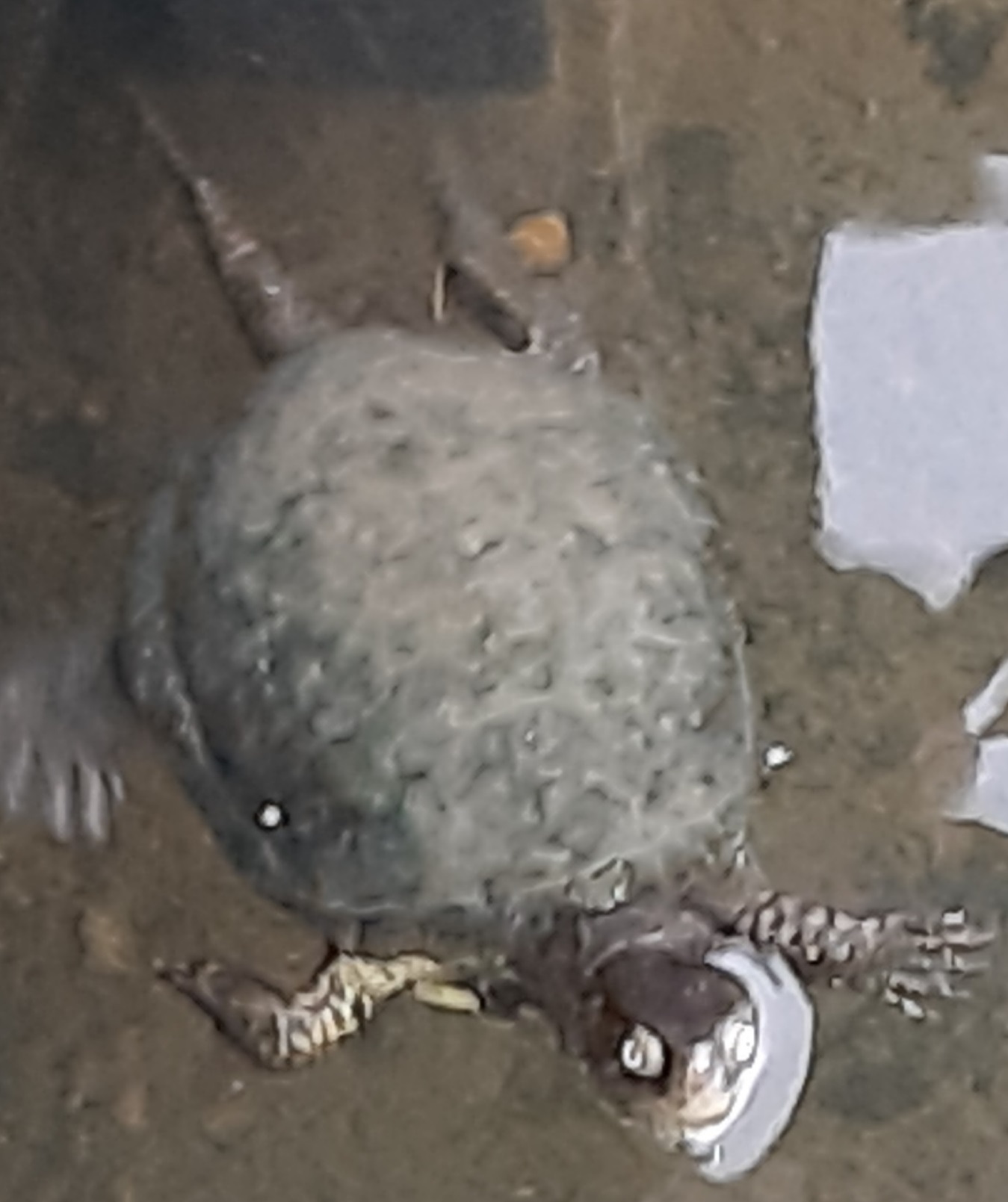 We saw a nice bust of Aphrodite from Cyprus which the swarm visited before. 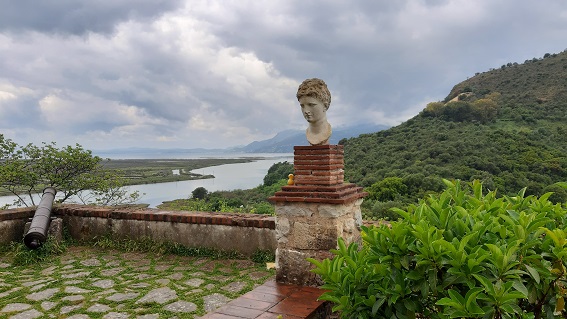 In the Venetian fort which Prussian Soldier Count Mathias Von der Schulenburg freed from the Osman 1716. One more mercenary who will kill for the money they throw.

On top of our list of our agenda was also, visiting some of the many Bunker which had been placed all over Albania by paranoid Enver Hoxha. 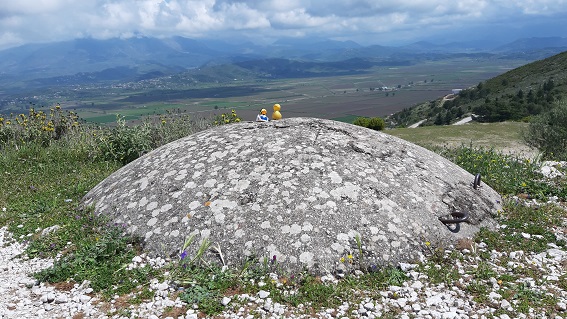 Yes, he was a Communist, but he did not trust the Warsaw Pact or Russian leader Nikita Sergejewitsch Chruschtschow. So, he associated with the farer away China. But quit as the Chinese were not Communist enough.

So Albania was more or less alone. But Dictator Hoxha enjoyed the medicla treatment in France and let his children study in other European countries. It’s great to be a leader.

Albania with about 2,8 Million citizens has about 200.000 Bunker. Hoxha planned 750.000 but that was a too big challenge for the concrete industry. However they say, these aren’t helpful in an event of an atomic attack. These days they are still a great tourist attraction, but they are also used as small shops or to put up pigs, chicken, horses or cows.

Mussolini also invaded the county for some short time 1939-1943 and picked a nice villa as residence here in Saranda which is now a 5 Star hotel. He changed the name of the town into Edda. Which was the name of his daughter. It’s great to be a leader. But later he was only hanging out in the streets. Herrman Göring too gave one of is daughter the name Edda, maybe a reference. 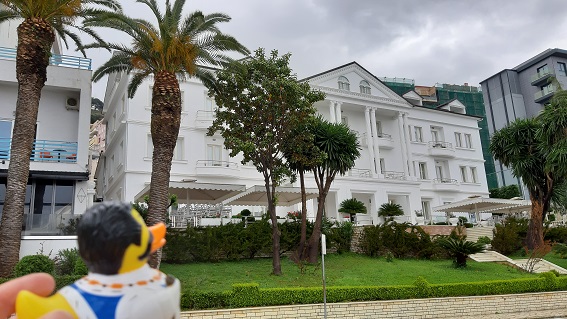 Mussolini appears in this great, award-winning movie. I would have liked though, they had occupied a Bandura Player to put in more balance into the band

The tour also left us enough time to enjoy some coffee in the harbor and to do some shopping.

To finish the story, I dare to add this maybe dangerous information: I am an idiot. I saw a striking yacht 03.05.2022 in the harbor of Corfu when I entered the boat to Albania (Flying Dolphin, the fast one, with bad possibilities to take pictures). I didn’t take a good picture of the yacht because I thought, I should be able to do so in the evening upon my return. But the yacht was gone.

During my holiday I had some small problems with diarrhoea so it might have started already. But I hope I won’t have to work into my grave. Some countries have increased pension age recently. And lowered life expectancy.

But now, with all the other information and checking the web, I think I saw the Eclipse of Abramowitsch (Roman Arkadjewitsch) which should be in Turkey according to the web. It is registered under the Flag of the Bermudas (British Oversea Territory, not under Russian Flag).

So Sheila only has this very blurry picture of the yacht behind the blurry windows of the flying dolphin. But maybe it was because of the anti Paparazzi lasers on board of the Eclipse. 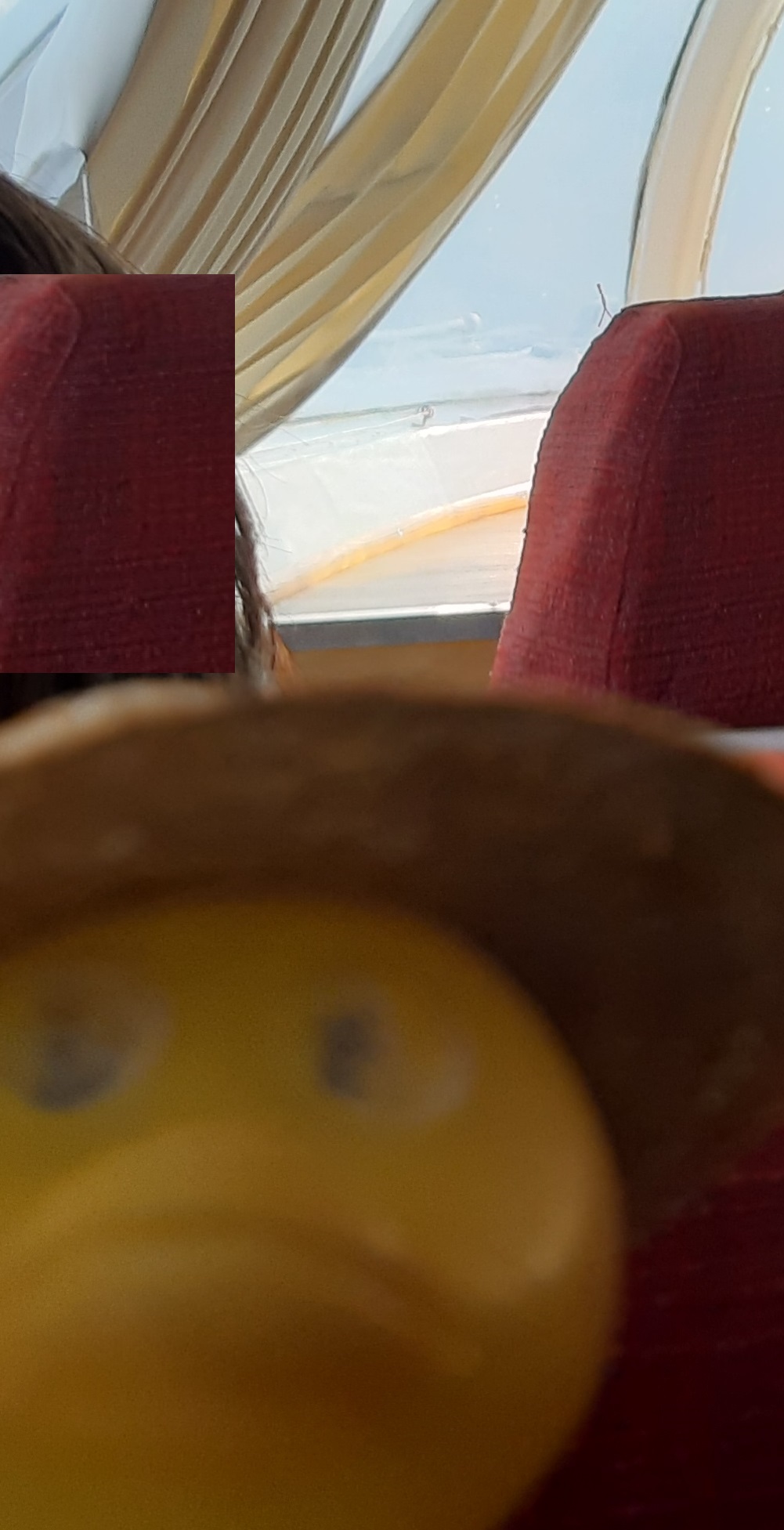 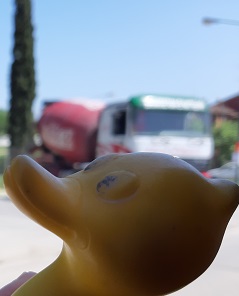 Is this likely? Yes, it is, as Abramowitsch also owns the former Cub Med Hotel in Korfu and there is reconstruction work going on there now in Dassia. So, he does have business interests there now. He must make sure, that an adequate Duck House will be set up on the vast compound. As usual in those swank Russian properties.

I suggest, that the Greek Building Supervision should check, that no illegal submarine harbors will be built on the site. The Eclipse on it’s dark side might have one too. 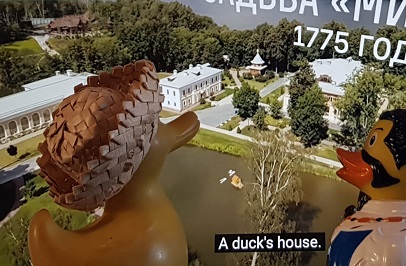