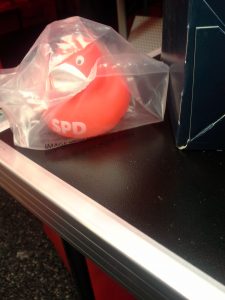 Byron in his sleek new suit helping the SPD, one of the big old political parties in Germany, in the election campain for the Deutschen Bundestag in September. He promots the SPD on a stand at the Isarinselfest   (Festival at the Isar river in Munich) this Weekend. In another week he will have another performance at a Duck Race of SPD candidate Bernhard Goodwin on the Würm river in the Pasinger Stadtpark and I hope Sheila will find the time to participate. 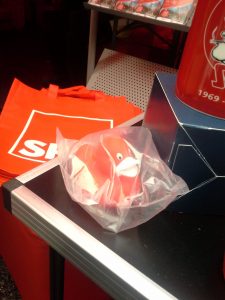 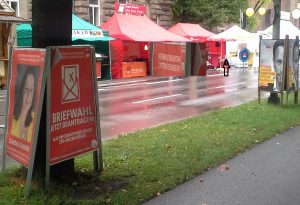 Since it was raining, party comrad Byron prevered to wear something casual rather than one of his beloved usual  italian Brioni suits. a passion which he shares with the comrade „Genosse der Bosse“ Gerhard Schröder, former Bundeskanzler and Donald Trump.

And I and Dieter indeed made it to the Duck Race of the SPD which was great fun. Byron joined too but tried to cheat and take a shortcut but was caught and displaced further back in the field. So he came in with no significant ranking. The SPD environmentalists took good care that none of the Ducks would escape and cause pollution and every duck reached the finishing line. Byron now tries to get the vote and of course he would vote for the SPD.

A lot was achieved to promote that people again learn more Swimming. 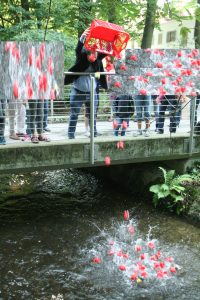 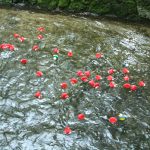 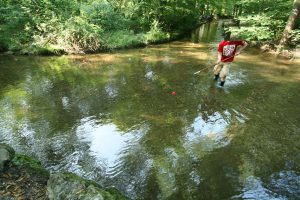 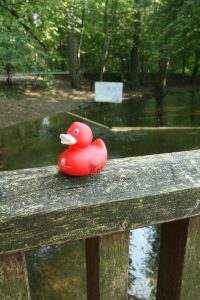 and Byron after the finish.

Update January 2018: The polls of September didn’t bring a clear result so coalition talks with Chancellor Angela Merkel (which remind me of Snow-White german:Schneewittchen and the seven dwarfs) are still going on. Sometimes it takes more than one dwarfs to cope with Snow-White. Of course it ain’t over til the fat Lady sings.