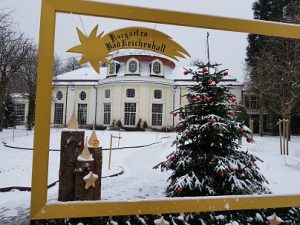 Sheila learned, that it is every bloggers duty to write a christmas blog entry. So she sent Dieter and Rudi out to catch some of the unforgettable moments of this nicest time of the year.

Sheila and the swarm wishes all of you a Happy Holiday Season.

Rudi, new member of the swarm covered the Advent Season in Bad Reichenhall, a always liked place of the whole swarm.

We enjoyed the nice spa garden and the christmas market in a relaxed pre christmas atmophere, listened to the happy shoppers („ums Brauchen geht’s ned“, it’s not about needing stuff) and enjoyed hot chestnuts, sausages, hot toddy, the calm  christmas music and the snow in the important little Wittelsbacher salt town of Reichenhall. 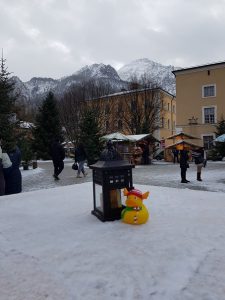 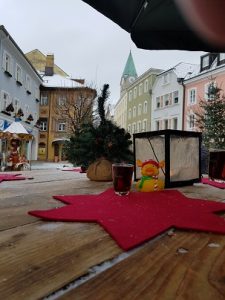 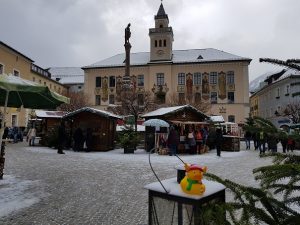 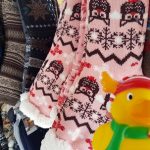 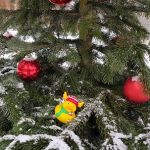 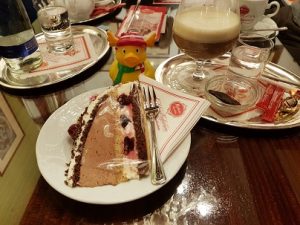 Rudi also had to get some nice stockings to have the propper set for Santa. He was insulted though while sitting in the tree in the Spa Garden as a kind old nosy lady came by and said, that the „piglet“ would not suit in the tree. She obviously needed new glasses. Rudi took it with humor. We lived down the event while we enjoyed a excellent Black Forest Cake and a healthy drink in Reber Coffee shop.

Dieter, Ulrichs brother was covering Oberammergau and the Graswangtal. He had waffles and Glühwein at the Christmas market in front of the catholic church and enjoyed the fresh snow and to hear the sledge bells of the carriage in the snow. 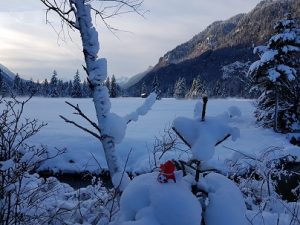 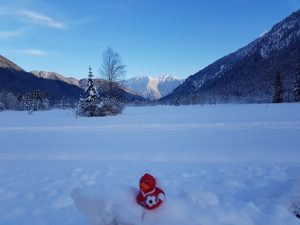 He was hiding from Santa who was there too, although he is not the black sheep in the family. 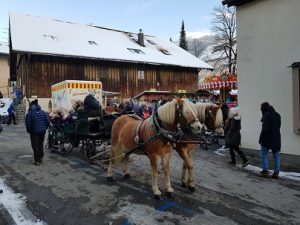 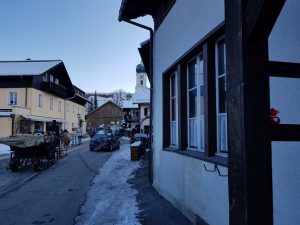 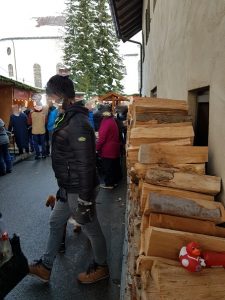 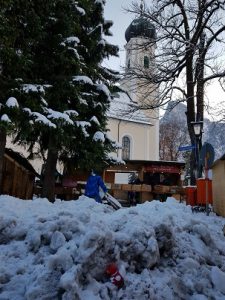 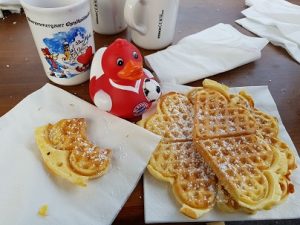 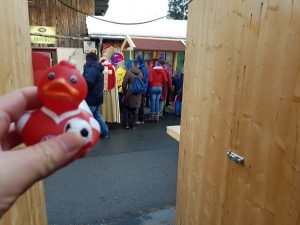 Sheila herselve covered the much busier worlds biggest burnt brandy punch at Munichs Isartor, the gate where the salt of Reichenhall entered the city on it’s way to Augsburg on the Salt street.  Everybody had fun. 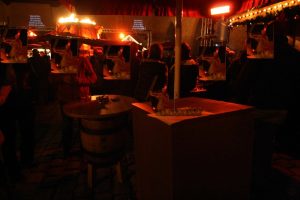 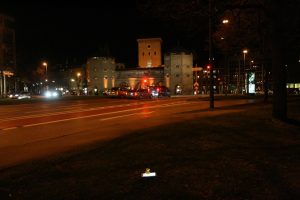 And the Christmas Market at the Marienplatz in Munich in front of the City hall. 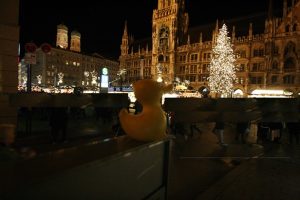