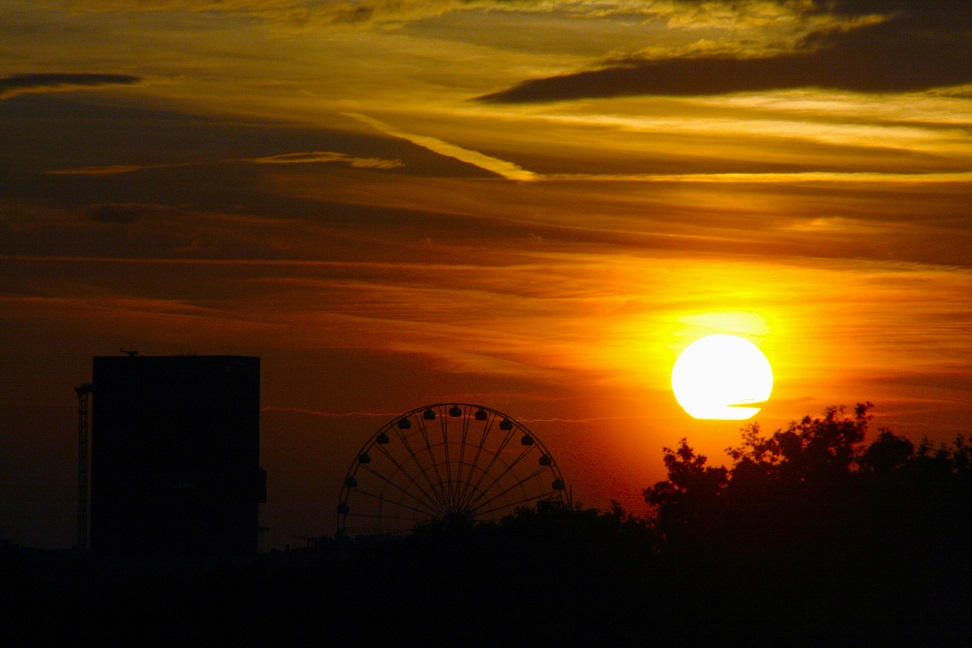 As Sheila loves to ride on Ferris Wheels we had to use the chance to ride on the biggest one in Germany and the biggest mobile Ferris Wheel world-wide. It is well visible when you come into Munich from the east (freeway from Salzburg)

Which is based in Munich at the moment for a yet unclear time. It was put up on a lot where in the near future they might built another splendid concert hall. But, the plans are still not clear. Of course Munich can’t bear the fact, that Hamburg has a better one now.

But there is some consolation to compensate for that fact. 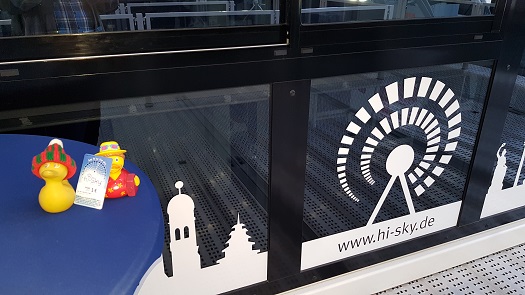 Sheila and Heinz enjoyed a nice sunset in a cabin which we had all alone. There was not too much business today. Seems like Ferris Wheels all over the world like the Flyer in Singapore are struggling with the harsh competition.

We did not book the special Weißwurst Brotzeit event as it was after 12 am and as good Bavarian swarm we would never have a Weißwurst after it heard the 12 a clock church bells.

We enjoyed the views overlooking the Alpine Mountains with the Zugspitze and Munich City with the Frauendom, the Olympic Stadium and the Allianz Arena as promised in the flyer of the Hi-Sky. But we were cheated as we could not see the mountains at the same time as the Allianz Arena, no matter how hard we tried. We had no mirrow. The Arena is in the north and the mountains in the South.

The place the Umadum, former Hi-Sky is set up now, used to be Munich’s biggest Party Zone with several Discos in the old days and I vaguely remember those good old days when I danced the night away here. Before that time it was also the site where a big dumpling producer (Pfanni) had it’s production plant.(for Semmelnknödeln) 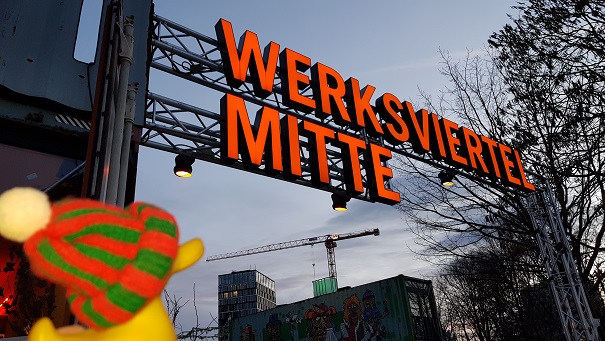