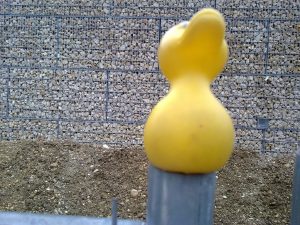 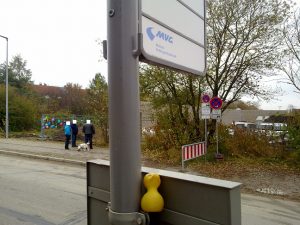 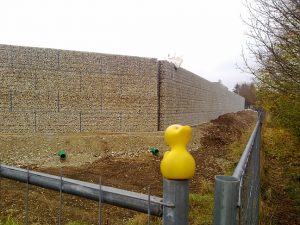 As Germany has the reputation to built walls fast (though some don’t last for Long) and building walls has become popular again and is a promising business, the City of Munich and German engineers proved to the world what they are able to do. Due to the refugee crisis Munich had to built a new refugee camp for minor, unaccompanied refugees fast but was successfully sued by the neighbours who insisted to receive a effective protection against the noise which was to be expected. German laws are quite complicated, maybe because some of the politicians are imbecile as Donald Trump says. The wall now stands tall but so far no refugees moved into  the new buildings behind it as the crisis has calmed down for the  Moment and the law forbids to use it as accomodation for students. And a country without a wall will prevent to have a country.

At least Germans showed Donald Trump what they can do and maybe companies like „Heidelberger Cement“ can create some turnover in the USA to turn the southern part into a nicer place. Sheila however suggests to insist on advanced payment.