2022 did not start good again. Let’s comfort yourself with the words, it’s not going to get better, just different. So, Cheers.

So, we decided to go to the “Jexthof Einöd” wilderness farm (wasteland, Einöd). A wasteland is withstandable with enough beer. Like with wonderful White Beer and Helles from the Brewery Maisach. We made another bicycle trip in the area just like Robber Kneißl did in the area before. We comforted us with some beer. 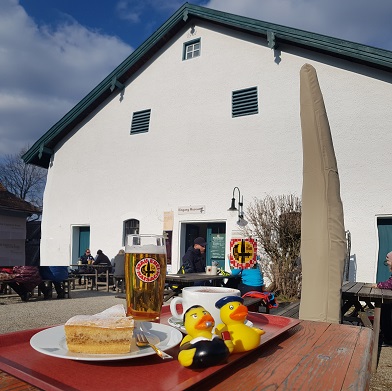 We followed the Amper River and crossed former Roman bridges.

On the way through “Bruck” (Fürstenfeldbruck) we made a short stop at the Hogs playfield. Where we attended some games of the Razorbacks before.

We once again stopped at the place, where Wittelsbacher Emperor “Ludwig der Bayer” (Ludwig IV) met his maker suffering a stroke. While riding a horse and dying in the arms of a farmer. His hart is said to be interred in monastery Fürstenfeldbruck nearby.

Ludwig was emperor of the Holy Roman Empire. And much earlier the true Romans were in the area. Building bridges and roads (Via Julia) which we followed on our route.

Here is a discovered brick burning oven of the Romans. At Germering.

And we paid the brewery Maisach another visit. We enjoyed a delicious, healthy early Bavarian Dinner.  We choose the “Räuber Kneissl Henkersmahlzeit” (last meal of the convict). Perfect Bavarian Pork straight from the oven, lean, juicy and crusty. With Dumpling and Kraut. And another delicious Weißbier (White Beer) of course.

And finally, were enthused after we saw It after half a century of lifetime. I mentioned the “Sie” just some months ago:

We saw a “Sie” pinned at the wall of the cozy inn. Played in a card round (Schafkopf) here 20.01.2020 22:15. While next to our table a group of 4 men was again playing this iconic game. With the typical welcome, familiar sounds of cursing and insulting. Finally, some authentic Bavarian atmosphere. The chances that a Sie is delt, are 1/10.518.300.

It was not disreputable, that the landlord Harry himself was the lucky player and that he was the dealer too and that it was his home game. Everything was OK as the appropriate documentation shows. Card Cutter was Hans.

We also went to the basement with the “Räuber Kneissl” museum and I took this picture. Cutting off the head of “Hias” by accident. 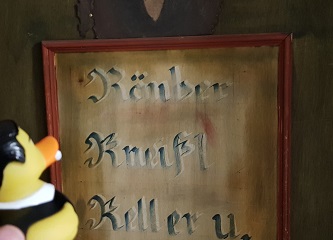 We continued the tour the next day and visited the Russenbrücke in Gröbenzell. It was built during WWI but not, as one might think, by Russian POW (Prisoners of War) but by Frensh. 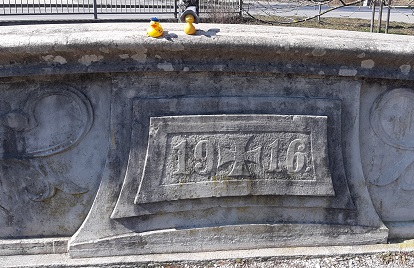 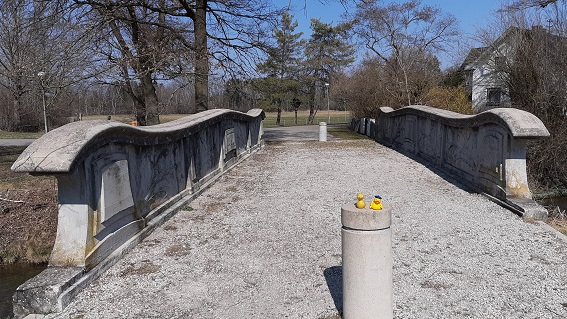 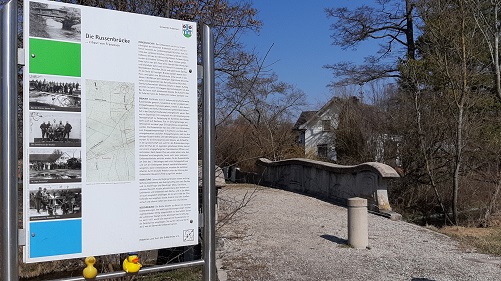 On the way to Dachau we came across this peculiar piece of art which is supposed to point out the terrors of war.

The controversial piece „Absturz eines Jagdbombers“ (crash) was created by artist Berndt W. Schmidt-Pfeil. To warn of phantasies of human omnipotence and to show the fascination of violence. 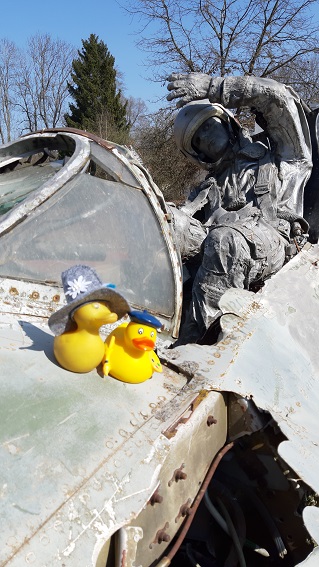 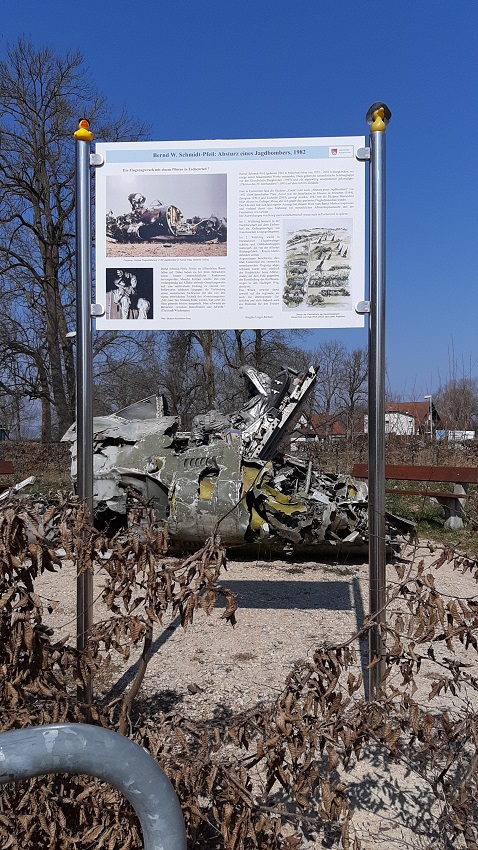 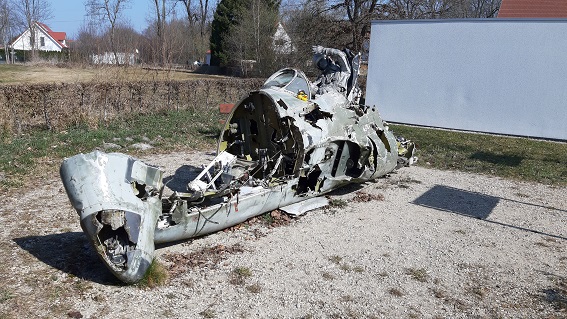 We finished with a Schäufele (piece of pork, shoulder) in Dachau. After we enjoyed the splendid view overlooking Munich in the background from lovely Castle Dachau. Spring had braught up some flowers before a late setback the last week April 2022. 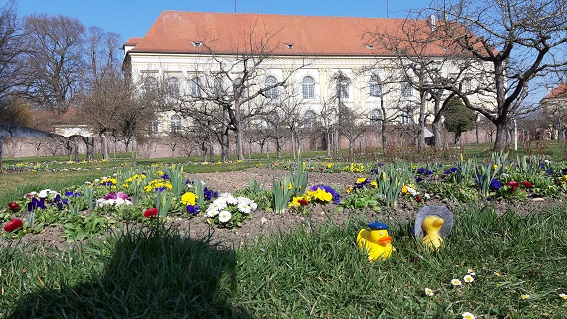 We also found the „Hexengassen“ (Witch Way) and thought about the stupidity of people following bad leaders. And concluded, that it is better to follow kings who know about the charm of the Ducks. 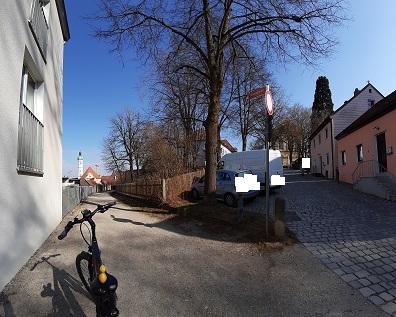