Viktoria Wilhelmine joined me at a concert of the fabulous band “Die Toten Hosen” at the 19.06.2022. The event was part of the tour “Alles aus Liebe” (we do that all because of love). Being more craftsmen than artist the band once again braved the poor acoustic in the Olympiastadium Munich. It was part of the 40 years anniversary of the band. 35.000 people had a blast. Beer and drinks were sufficiently provided and thrown into the air to cool down the masses and flags waved over the heads of the spectators. Viktoria was also proud to join the last live performance in a big concert of the old version of the song: “Das Wort zum Sonntag” old version:

„Ich bin noch keine sechzig“ for the last time; old Version. I’m not sixty yet. I read one (positive) concert review in a serious newspaper and was disappointed, that this important fact was not mentioned.

Happy birthday and many happy returns. Also to Munich.

Here is another line. Which makes a nice Duck Link: 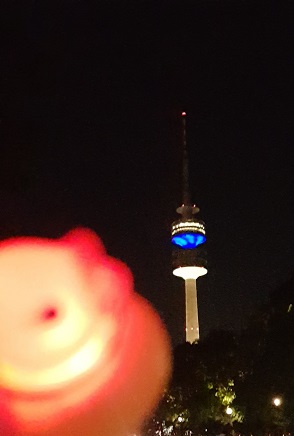 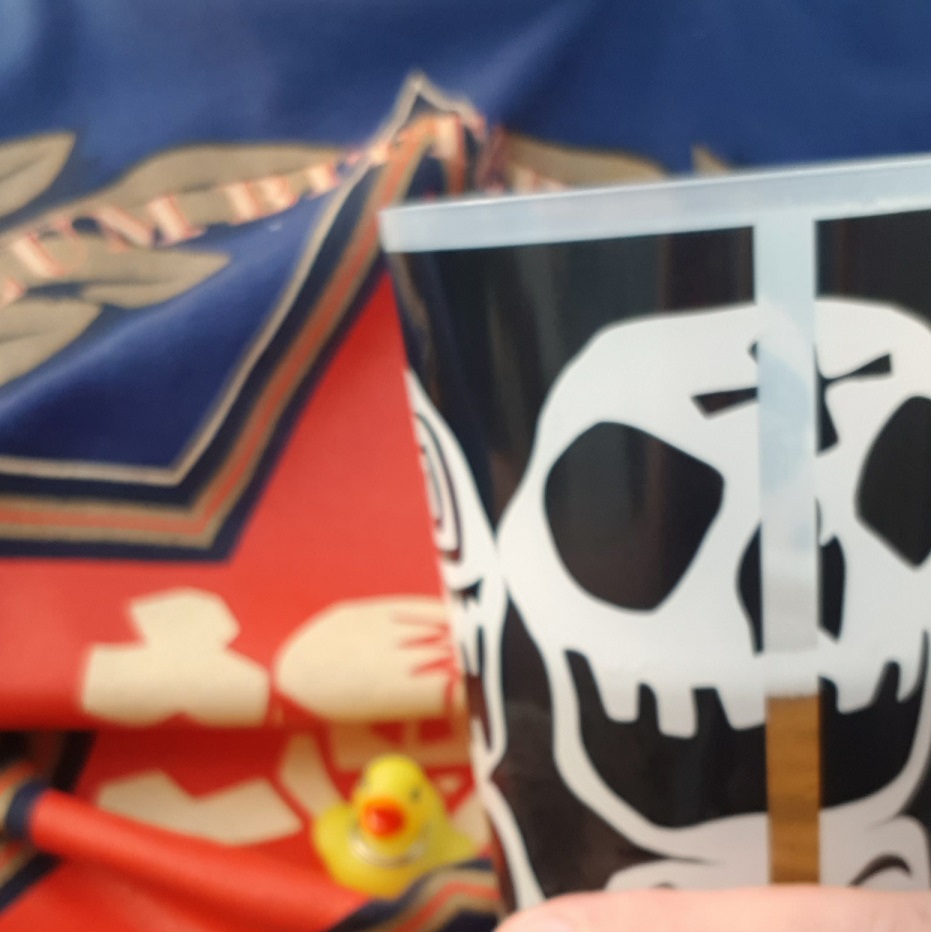 Sheila joined me during the notorious concert (Nr. 1000) in Düsseldorf almost 25 years ago. With a casualty. I had to think about it the whole evening. One member of our group also returned late from that chaos. 2022 I met a woman in the bus when I was driving home this time. She told me, that she too had been in Düsseldorf. She recognized my T-Shirt. She was among those spectatores, who barely escaped and were pulled out of the wild mass of people in front of the stage. Not all memories are perfect. But she said, she attended many more concerts of the band after that. (I had some beer and schnaps and was in a very contemplative mood but I think she said 42) 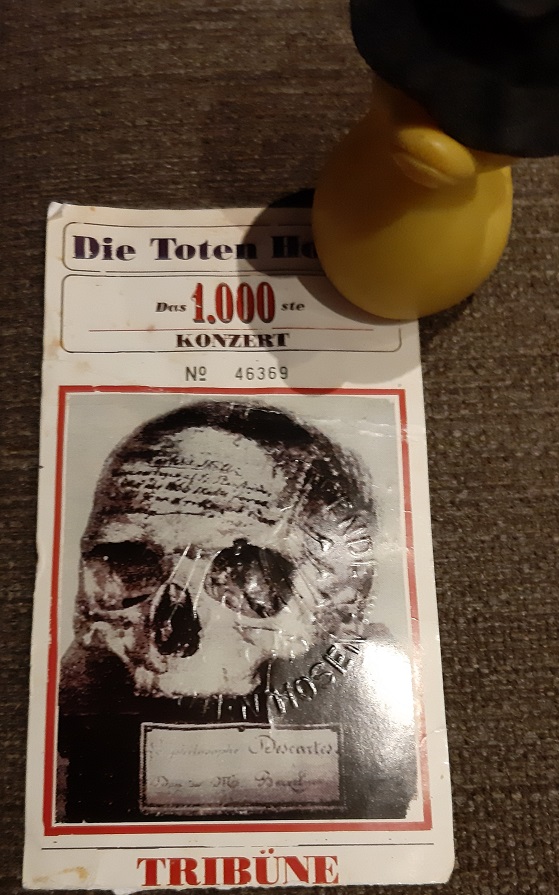 Victoria and I stayed away from the most crowded areas this time. But security was well organized this time and strict.

A new version of the song Wort zum Sonntag had to be placed on the market already. The band on stage did not appear as old though. We personally are not even close to 60 but my fitness is far away from that of the band. Campino however this time did not climb unsecured through the roof of the gigantic stage. We had seen that before. Well, he is a sixty-year-old married Punk (2019) with a child now.

1983 a video for the song “Eisgekühlter Bommerlunder” was recorded in the church “St. Willibald” near the little village Jesenwang  (story: a traditional wedding getting out of control)

So, we thought we should go there too. To celebrate the event with some “eisgekühlten Bommerlunder”.

The church had to be reconsecrated after the event 1983.

We were caught there during our first try by an uprising storm and fled to the next village “Grafrath” at the Amper River.

A bit closer to the Ammersee. After we were also hungry and did not find one single restaurant in Jesenwang. And to find some shelter. From the dark clouds at the horizon and the strange wind.

We contemplated about cannibalism while cycling under the wind-torn trees. But we safely reached Grafrath and enjoyed a tasty early dinner. The perilous storm past us just a few miles north. There was only a short light rainfall while we had dinner under a roof. The rain started at the very moment, then they played “It’s raining men” from the “Weather Girls” on the radio.

They indeed had a steamboat here on the Amper River in the old days, 140 years ago. Travelling from the train station to the Ammersee. Where we had sailed on the Utting before. (I found this souvenir) 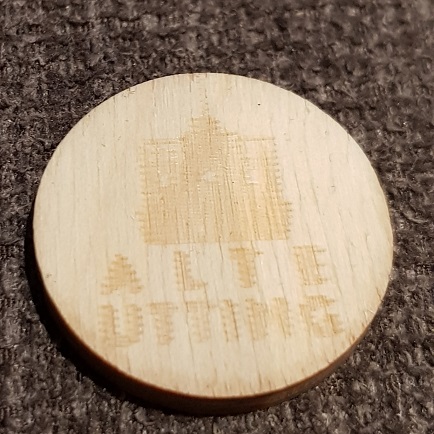 So, we once again were on a steamboat.

Next to the restaurant with a nice playground for kids we also saw an old-timer tractor at the side of the street. Of course, we had to get a picture in this means of transport. After we soon could see sunshine through the rain. Sometimes taking Duck pictures feels a little embarrassing but we meanwhile think, „Scheiß da nix na fahlt da nix“. Which we think, is pure Punk.

And thanks to the friendly, helpful staff in the restaurant “Dampfschiff Grafrath” we also could get some ice cubes for our Bommerlunder as we cycled back to the church after the rain had stopped. Through an again sunny evening. 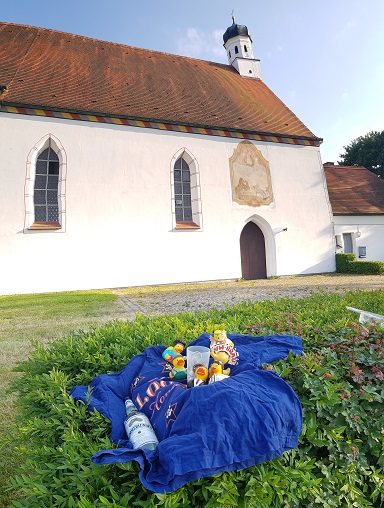 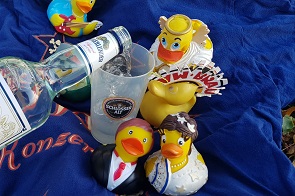 Lunch the next day 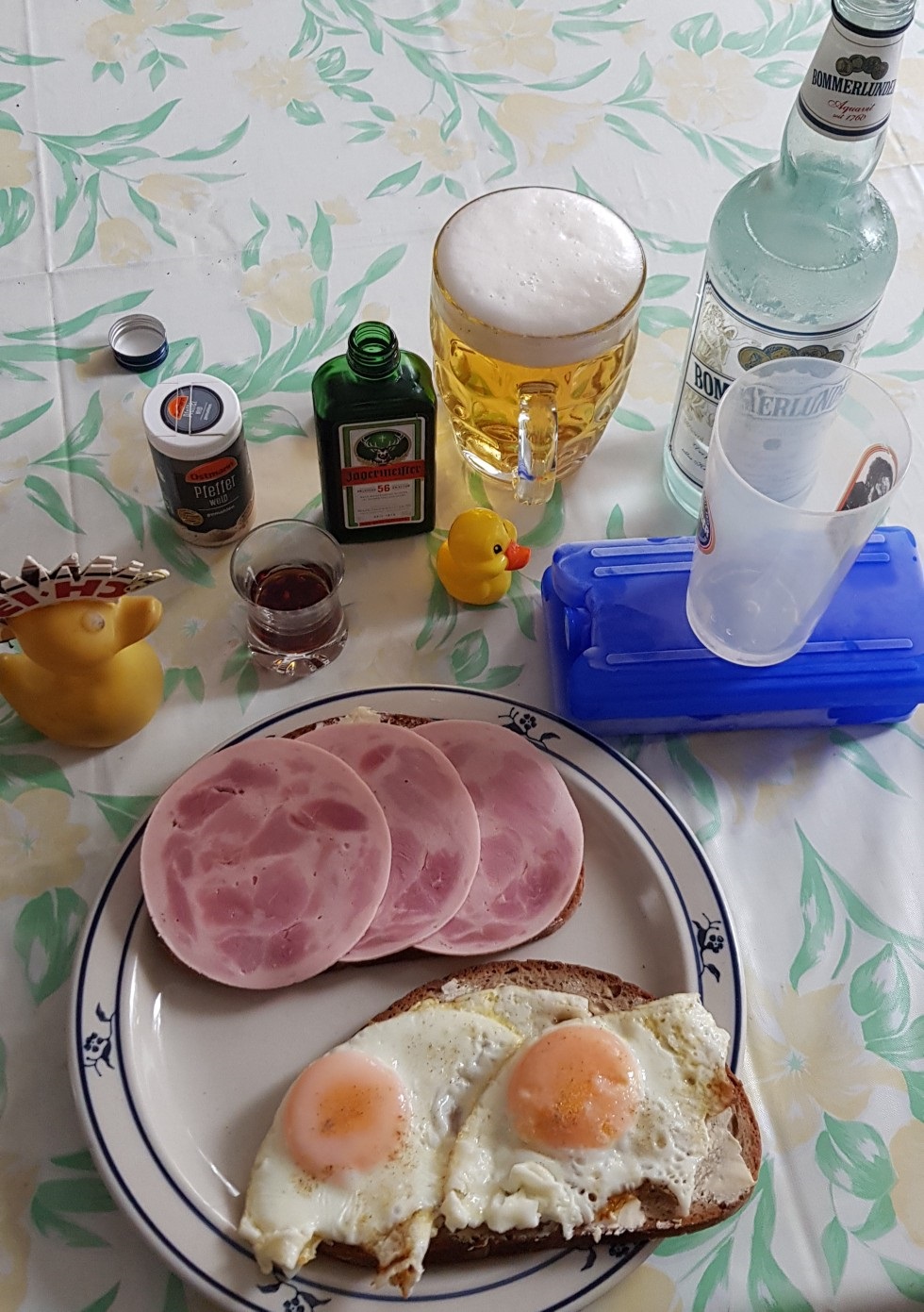 -and Alcohol of course which can be distilled from mother nature’s corn (German: Mais) 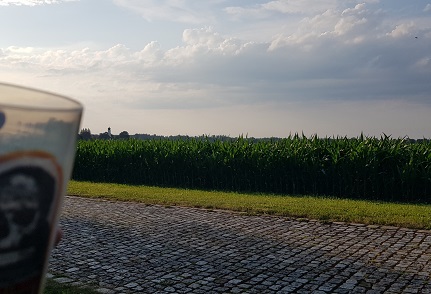 No moonshiner of course.

The pilgrimage church was not open (Sunday only) but we did not plan to horse around there anyway. We leave that to the horses which will be driven through the church again at the 10’th of July 2022.

We wonder, what PETA is going to say about the horses being exposed to the narcotising insense in the church.

The „Die Toten Hosen“ also had a concert on the Zugspitze where we have been several times.

During the concert we also to our delight learned, that Campino in his younger days (by that he told us: „Was früher einmal war“ during the concer) had to do time in Seeon during holidays with his parents. We met Anastasia here before. Mozart was here too. Maybe not the most exciting place for a young kid and a good place to plan rebellion.