A warrent of apprehension concerning a jailbreaker next to the prison 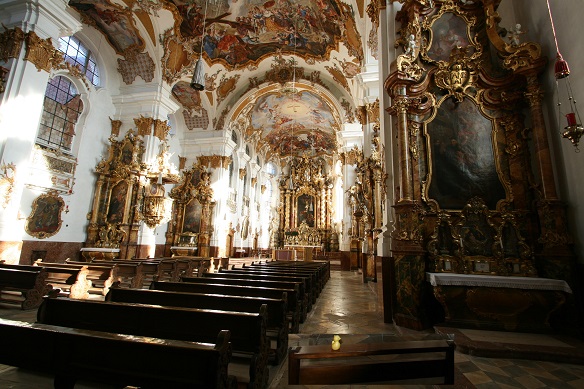 Having to do time in the penitentiary Landsberg am Lech (Justizvollzugsanstalt Landsberg) never prevented people from making striking careers afterwards. Such as Adolf Hitler who was bared here 1923-1924 and used the time to write big parts of his book “Mein Kampf” or Anton Graf von Arco auf Valley who shot the first Bavarian president Kurt Eisner next to the famous hotel Bayerischer Hof in Munich. Prominent member of the club too is Uli Hoeneß, now again an important CEO, President of the FC Bayern Soccer club. It is also known as the War Criminals Prison Nr. 1 which was established in the building after WWII 1947. Convicted persons came here even as far as from Shanghai after the Shanghai war crime trials. Executions took place here too after WWII.

Hitler accepted to become honorary freeman of the town and his cell became a pilgrimage site for the Nazis. Landsberg together with Nuremberg and Munich became one of the most important towns in NAZI Propaganda. Hitler also before did time in penetentiary Stadelheim in Munich.

The town was founded in mediaeval time by Heinrich der Löwe in the 12’th century and a stage of the Salzstraße (Salt Street) from Reichenhall through Munich to Augsburg was relocated to here. It burned down in the war 1315 when Wittelsbacher Ludwig der Bayer ( emperor ) fought with Friedrich the Beautiful (Habsburger, motto: “Adhuc Stat”) who was defeated in the battle of Mühldorf? Ampfing?. It became a important town for the Wittelsbacher after that. The citicans of the town had to pay a special tax to collect money for two honourable poor virgins to allow them to marry, the „Jungferngeld“. Maybe this modern statues of the two dancing girls commemorates that. Shiela had to join the Dance. The law was passed 1437 by duke Ernst von Bayern-München who 1435 ordered that the wife (comoner Agners Bernauer) of his son Albrecht III. was being drowned in the Danube river. I scared Sheila in front of a school building on a hill where before a castle stood.