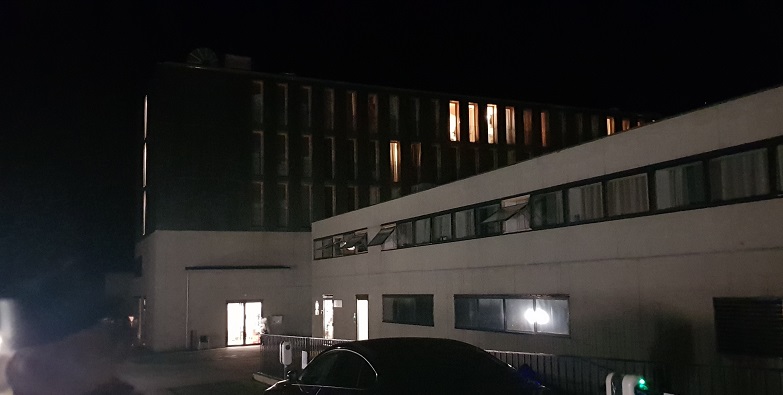 The Ducks again decided to visit neighbor Austria. It went on a challenging train?? trip from Munich to Innsbruck via the Werdenfels Route. We wanted to drive up on the Patscherkofel with the new Cable Gondola. After a bad train accident in the area, the Deutsche Bundesbahn train company started to do some reconstruction work. Which caused the stages between Murnau and Oberau to be closed. Plus, to our surprise the one between Garmisch-Partenkirchen and Mittenwald. Which turned the whole trip (150 km) complicated. The Deutsche Bundesbahn at the moment does not recommend travelling by train in the Werdenfels county 01.11.2022.

We found out, that Austria is Square, Practically and Good when it comes to achitecture.

Lunch at the Patscherkofel Summit Station 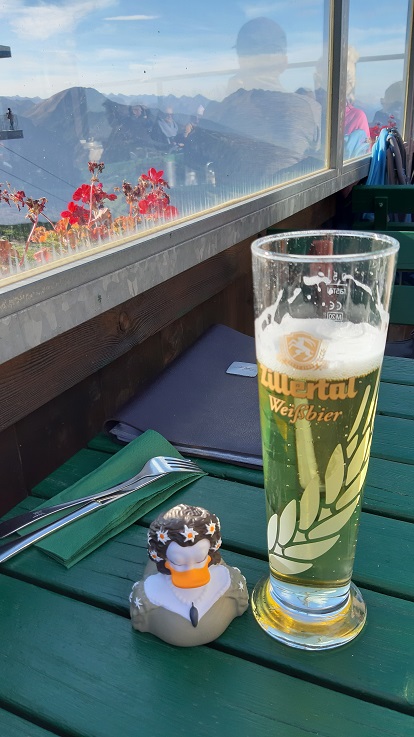 We were in no hurry and enjoyed the fun of the whole procedure at the nice sunny day.

The stage between Zirl in Austria and Innsbruck is spectacular, either by car or by train. It overcomes an altitude of almost 400 m in only 4 km. A challenge for trains crossing the sheer wall north of Innsbruck, partly in tunnels or cars and specially for the breaks.

It offers spectacular views looking down into the Inntal (Inn Valley) with Innsbruck City and the Chrystal world of Swarowsky. 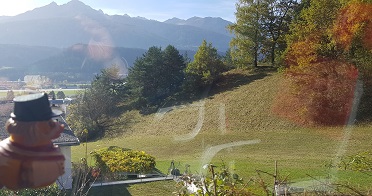 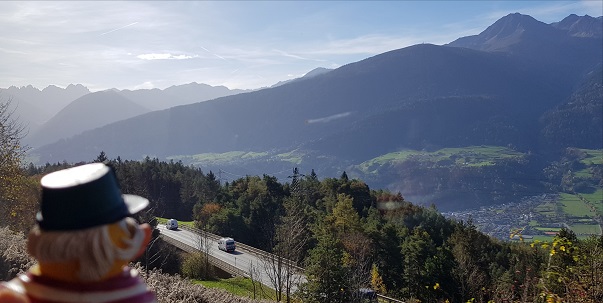 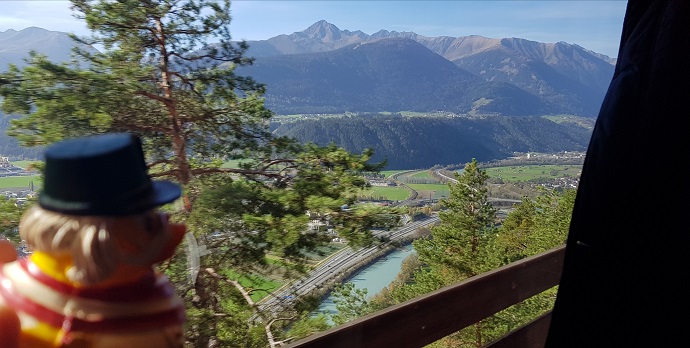 We arrived on the Patscherkofel mountain summit station at the last day of the opening days of this year’s summer season. The style of the summit station with spectacular views overlooking the Alpine Mountains round Innsbruck is square, practically, and maybe good.

The Patscherkofel is exposed to some severe winds which can reach speeds of 200 km/h. When there are the notorious Föhn-Winds northwards across the Alpine Mountains. With bad weather in Italy and sunny and warm but windy conditions in Bavaria. Always a good day to get a headache and to skip work at such days. It provides for excellent mountain views and warm weather in Munich’s Beer Gardens.

The state-of-the-art cable gondola is separated into two stages and at bad days must be shut down. At least the upper stage. But if you can go up to the summit you don’t have to change the gondola, the switches are fully automated. In the old days a conductor had to join the ride in case of bad wind and sometimes to push away the gondolas from the pylons.

The rebuilding 2017 of the older Cable Way Gondola was disputed in Tyrol but was necessary maybe also after Golf Fan Franz Beckenbauer moved to Austria and the golf swings below the old gondola frequently caused damage to the Gondolas hovering over the Golf course. Although some metal cages were applied.

We had some Föhn that day too but nothing bad so we could enjoy the summit restaurant of the Alpine Club which is still there with the nice scenery. It received some compensation after the new construction of the neighbor. At the last open day for this year’s summer season.

Back down in Innsbruck, which is an amazing modern town with great infrastructure, an airport and scenery we visited the Tiroler Landesmuseum Ferdinandeum (with a picture of the Ludwigsbrücke Bridge in Munich, Germany) 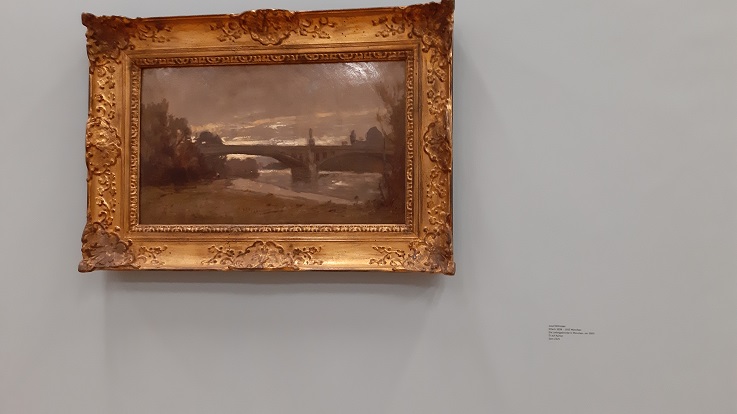 and enjoyed the well-known sites in town

It is of great historical importance too. As it next to Vienna, was also the seat of the Austrian rulers like famous Emperor Maximilan I. for some time. Neighboring town Schwaz with it’s rich silver and copper mines provided for a nice income for the Habsburger rulers which was also used as pledge for taking on debts in Augsburg. (Maximilian was often in Augsburg begging for some money/change from the wealthy sales-men Fugger Family, nickname of Maximilian therefore also: Mayor of Augsburg).

Innsbruck also held the Olympic Games twice 1964 and 1974 and is part of the most important Ski Jump Tournament “Vierschanzentournee”.

With the Bergisel Ski Jump. 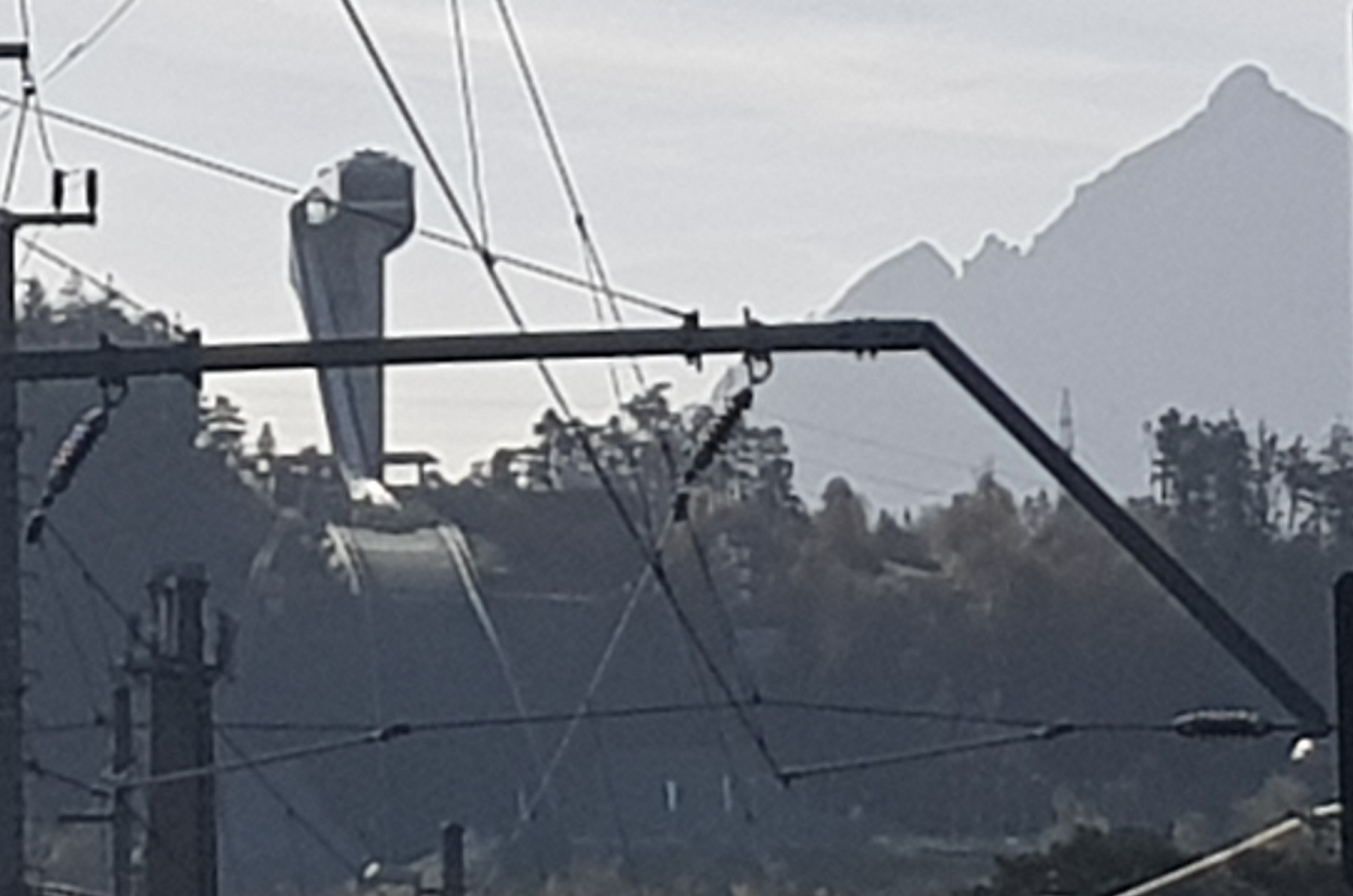 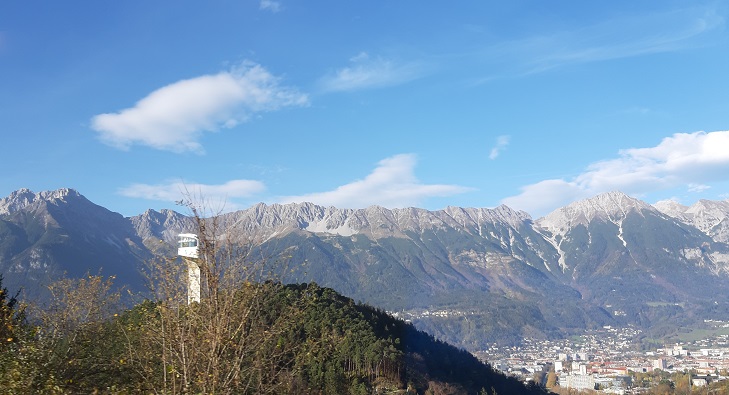 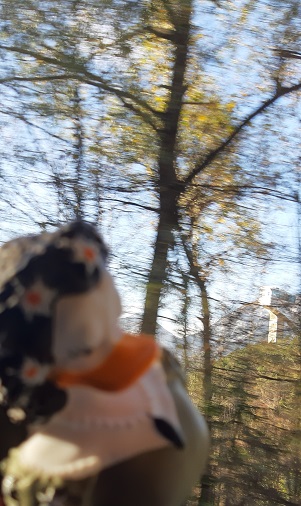 Goldenes Dachl with Reliefs of Maximilian’s wives, also Bianca Maria Sforza who might have died from Anorexia during her unhappy marriage, neglected by her husband. 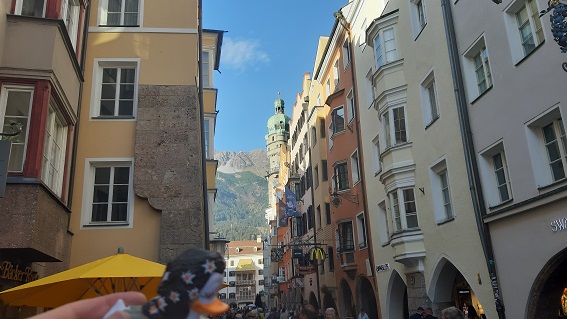 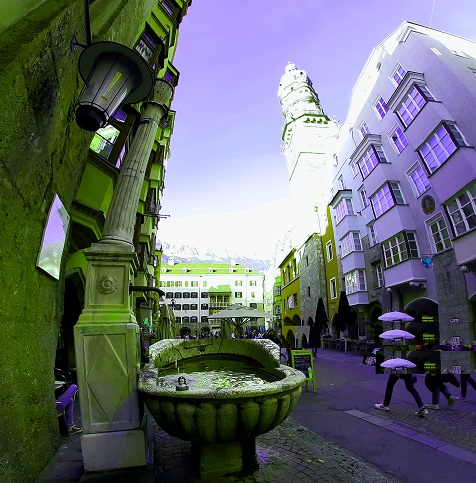 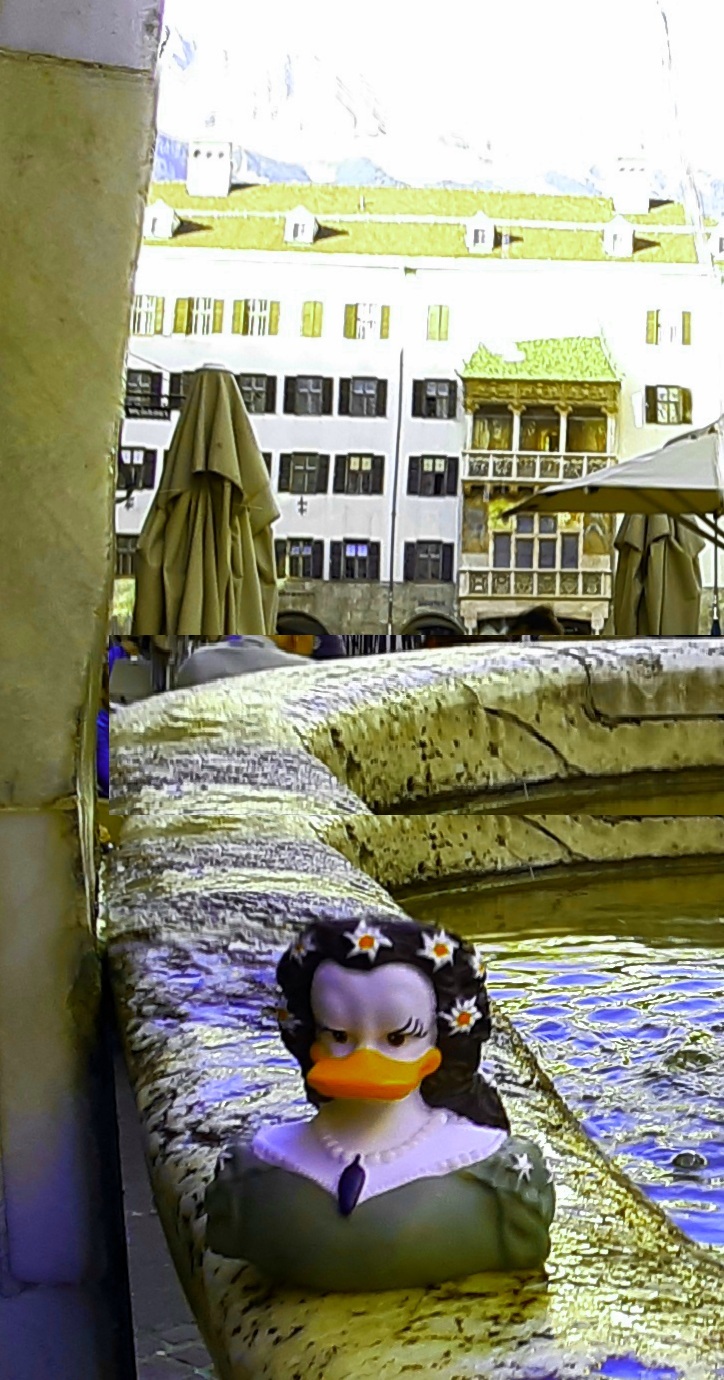 Triumphpforte built during the rule of Empress Maria Theresia 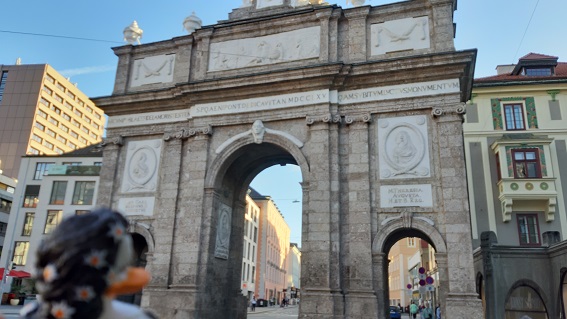 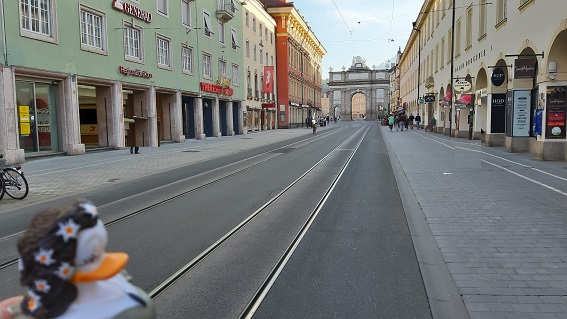 Maria Leopodine From Austria-Este was forced to marry her old geezer Wittelsbacher Karl Theodor here 1795. (her Quote when she saw him first: Thank you Lord, that he is already sooo old; he in fact died soon 1799)

On the way back we made a stop in Oberammergau and enjoyed a nice dinner again at BMW. BMW knows how to cook.

Back again in Austria and had a top-of-the-line dinner at the famous car builder. In Hotel Ammerwald behind the border between Bavaria and Tyrol Austria. The style of the building in the spectacular castaway mountain wilderness is a bit peculiar though, square, practically but maybe good. Building regulation in Austria seem to be less strict than in Germany.

I still remember the old building in Alpine style which was less offencive. 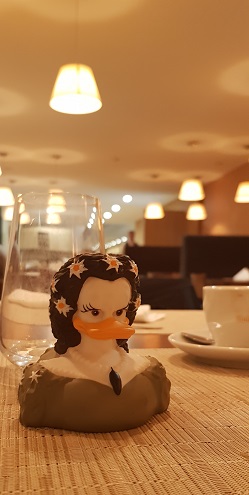 The food was great. 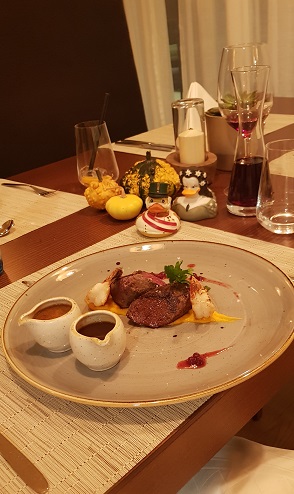 The automn style decoration was nice.

They got special wild game weeks each late autumn. Where game from the neighborhood is on the menu. Driving home in darkness through the mountain area is always an adventure as you got to be prepared for the game crossing the narrow, winding mountain road all the time. In fact, we had to break for some antelopes this time. Franz, a passionate hunter sat behind the windshield and watched the event and shouted go, forward! Some years ago he was hoping to come across Brutal Bear Bruno roaming in the area and to bring down the last Bear in Bavaria. Last times I drove here, I saw some deer fighting next to the street in the darkness and a fox. And some chamois during daytime at another trip. 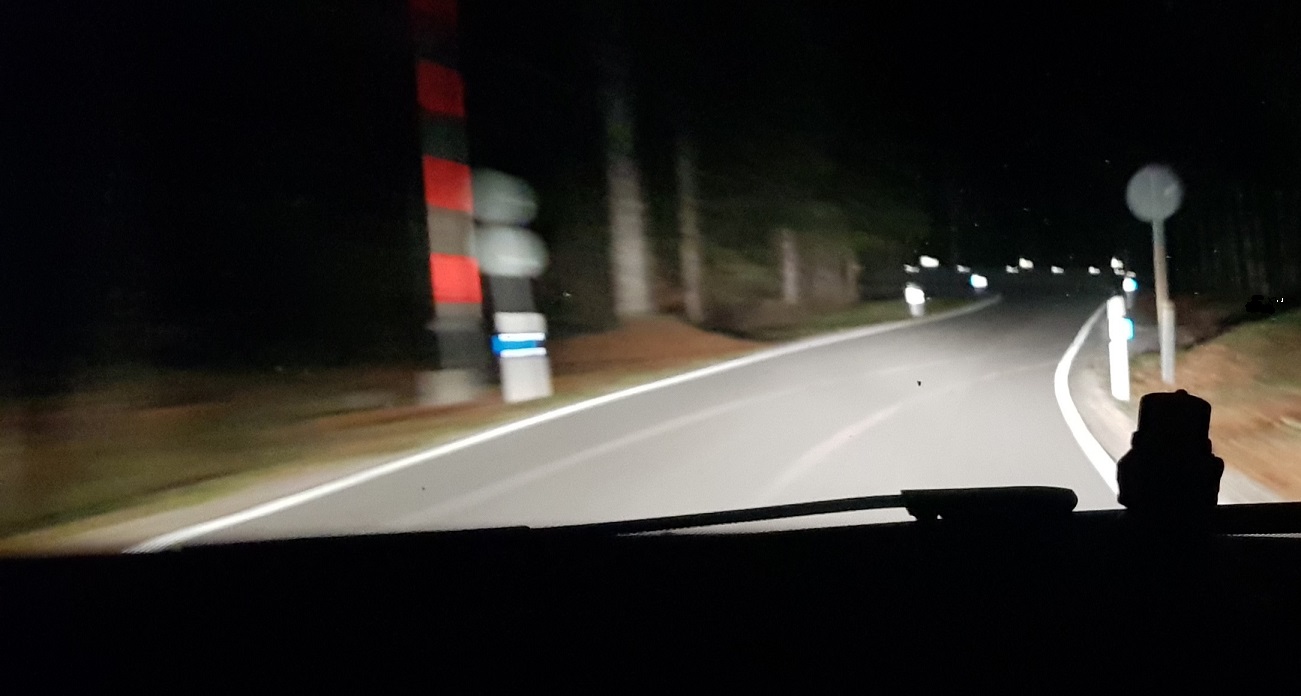 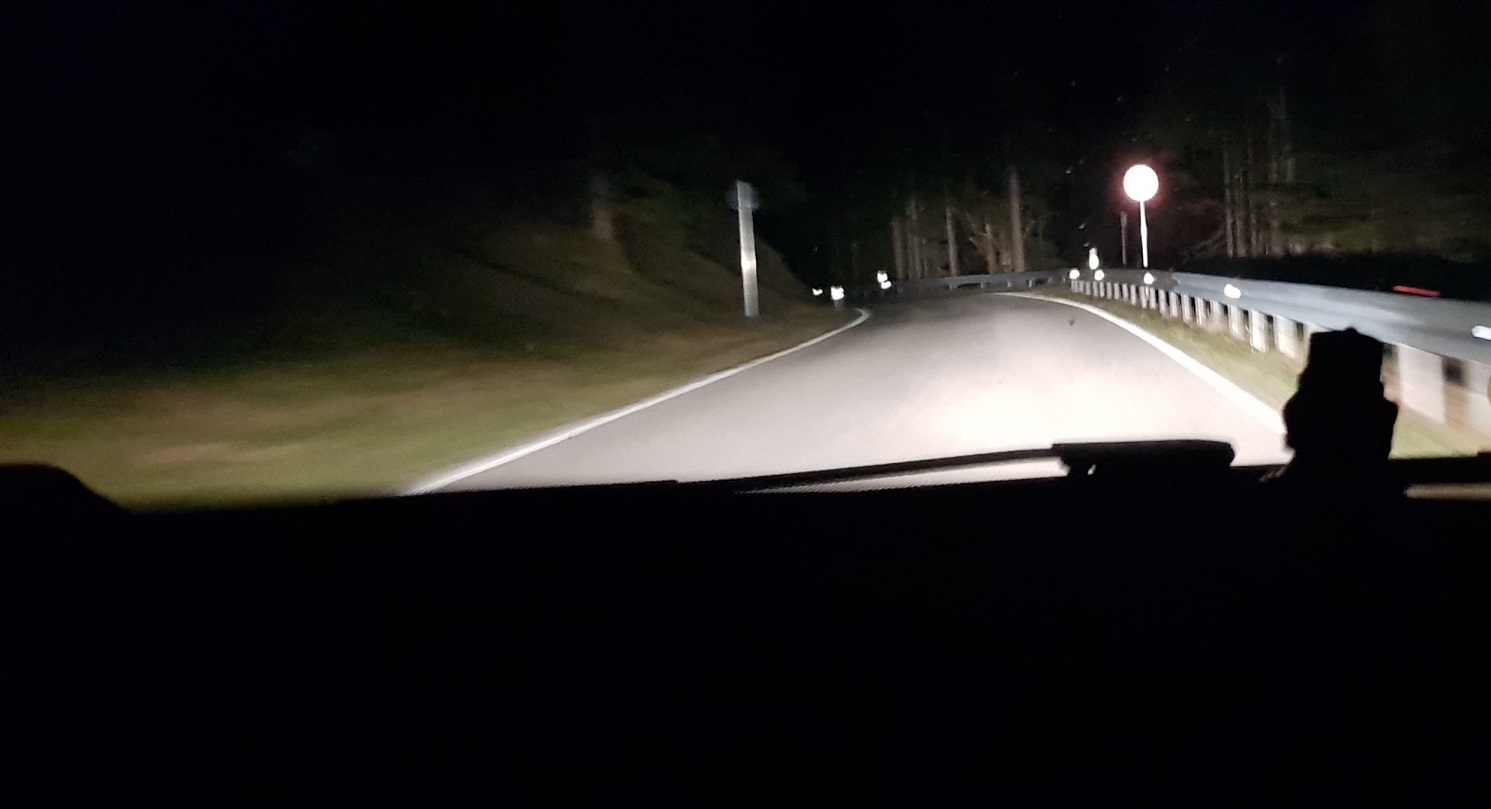 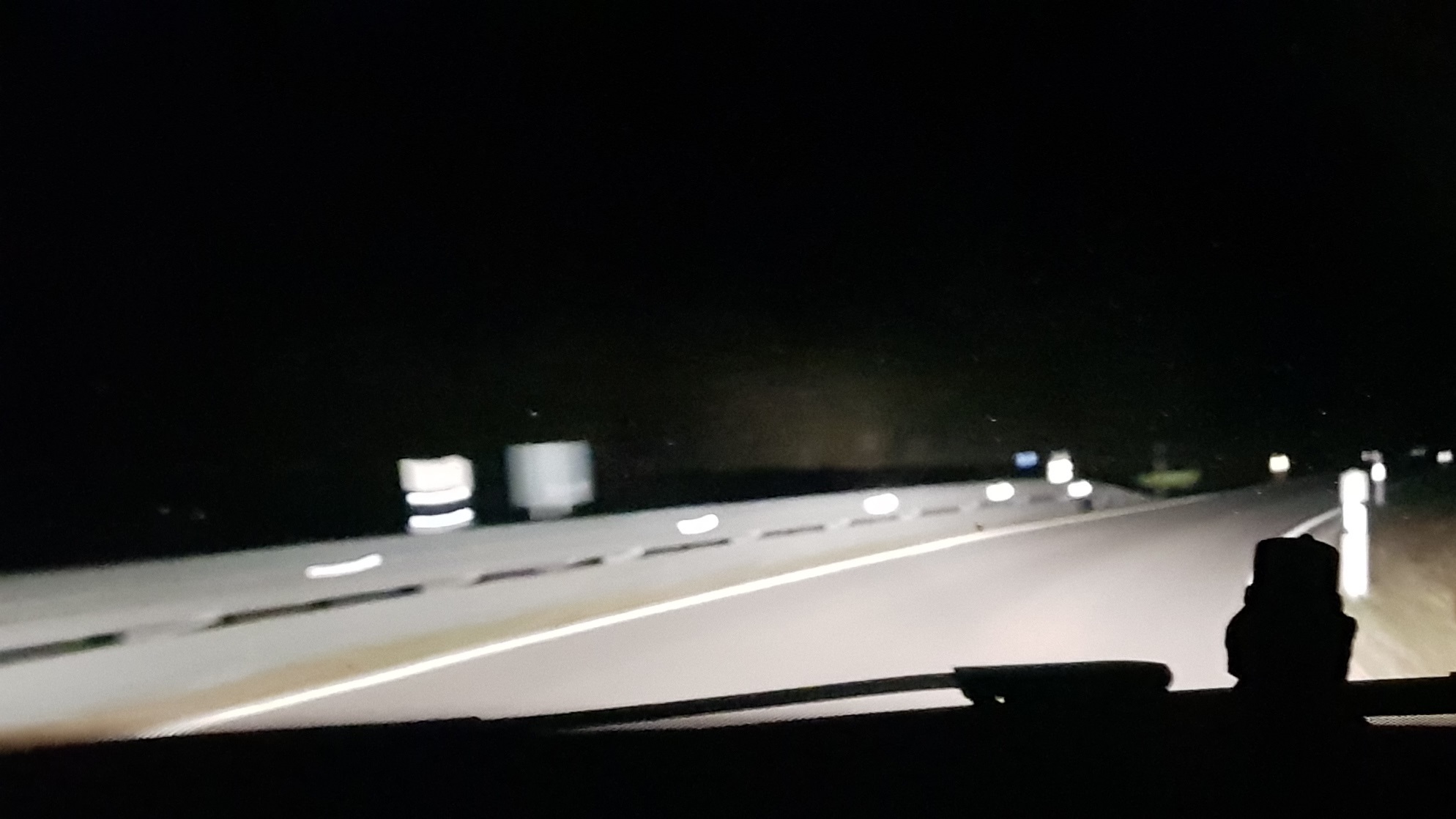 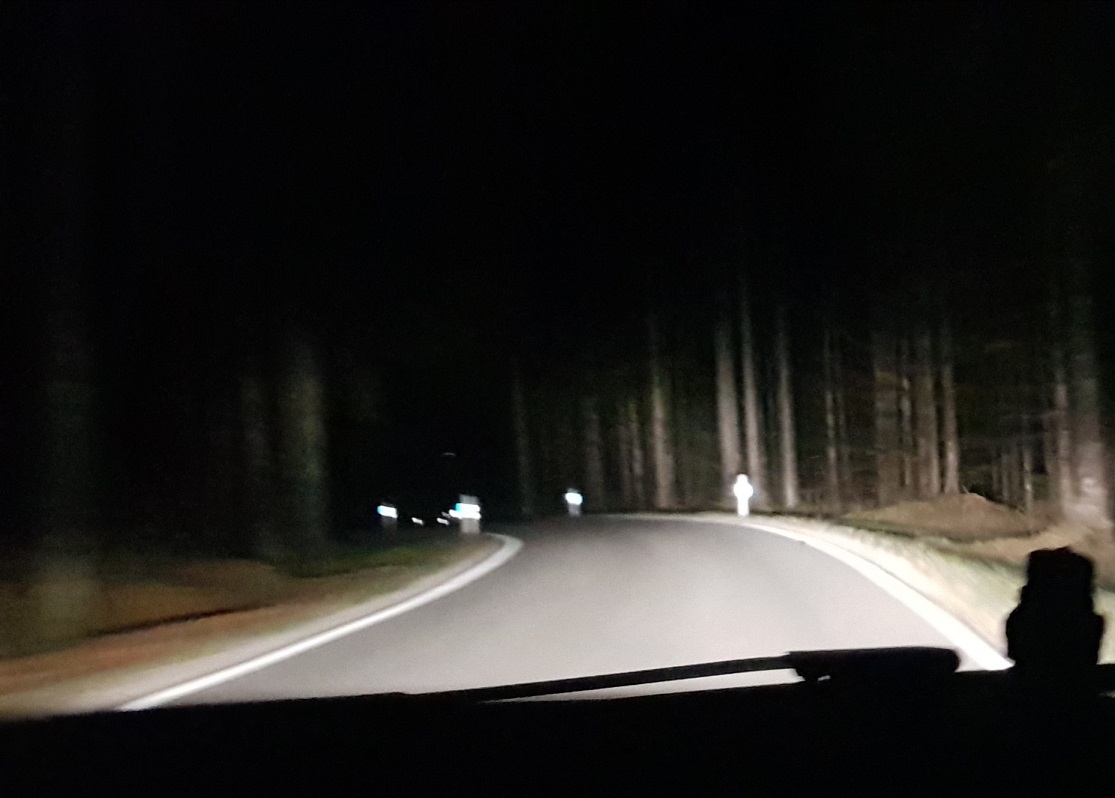