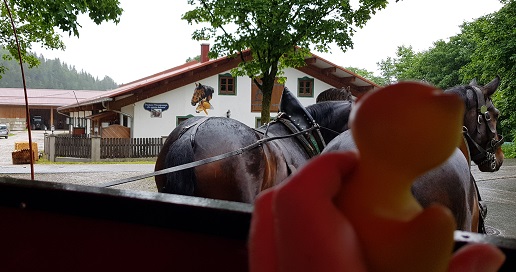 The swarm after it got news of the possibility to go on a carriage trip again in Mittenwald, went there at the Pentecost (whitsunday) weekend. We stayed overnight and checked out Mittenwald as good as we could. The weather at our arrival day was great. 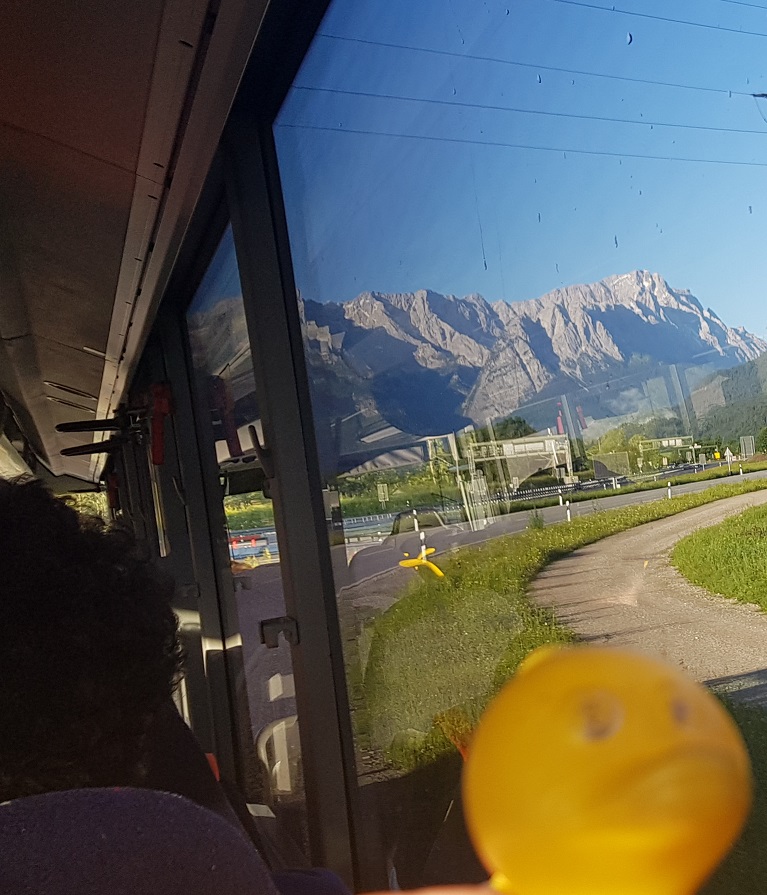 Due to a bad train accident some days before (all victims already salvaged) we had to extraordinarily change from the train to a bus in Oberau.

Take the bus to Garmisch Partenkirchen. Where we saw the clean-up work with the Zugspitze in the background

And then back on another train in Garmisch Train Station. This stage which also continues to Innsbruck in Austria is served in cooperation with the Austrian railway. So, we went on an Austrian train with nice design. We  saw some fantastc souvenirs at the train station.

Sissi, Ludwig and cousins of Sepp.

We passed the Olympic Ski Jump arena at Garmisch-Partenkirchen with a Führer Balcony,

Because of the accident the trip took 1 ½ hours longer than normally.

We reached Mittenwald in nice sunshine 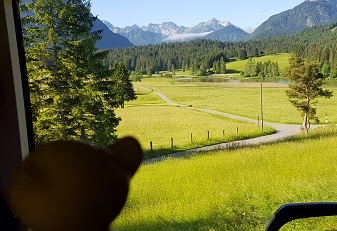 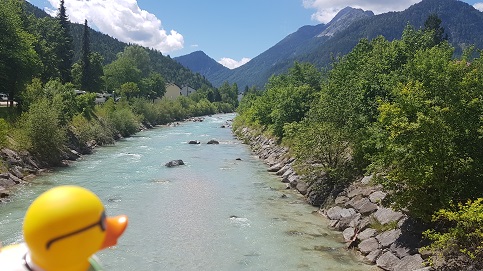 and immediately went up into the mountain with the Karwendlebahn. Germany’s second highest gondola cableway. 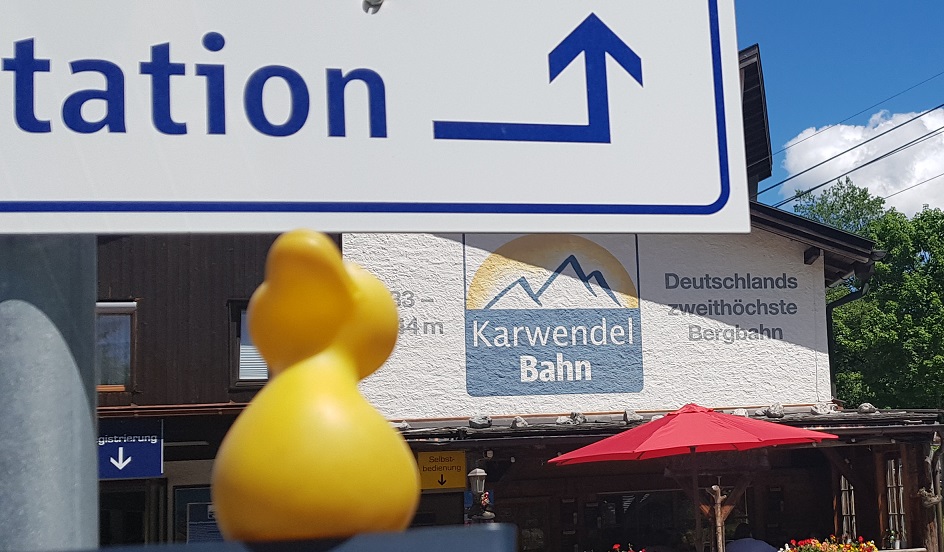 Backside of the Jubiläumsgrad and Zugspitze at the left side.

We saw some facinating wildlife loo. 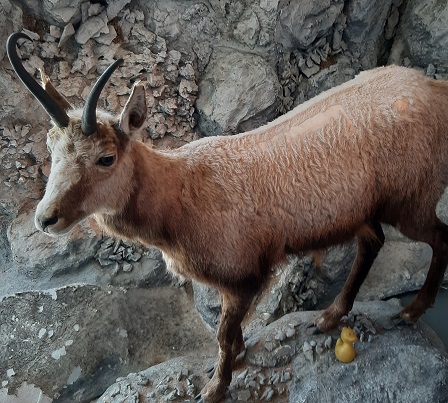 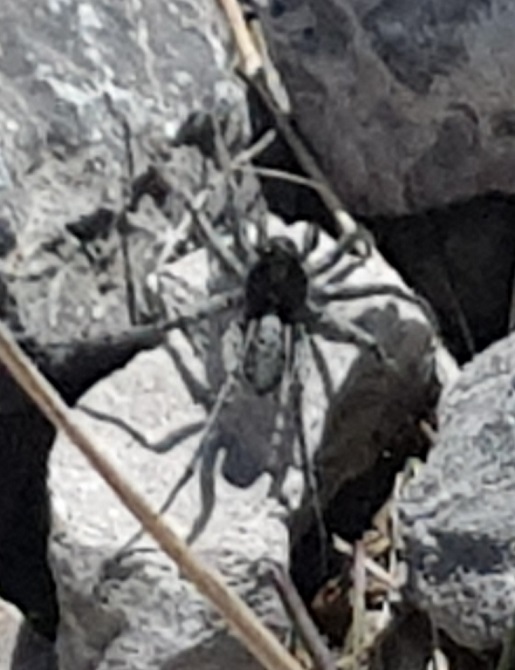 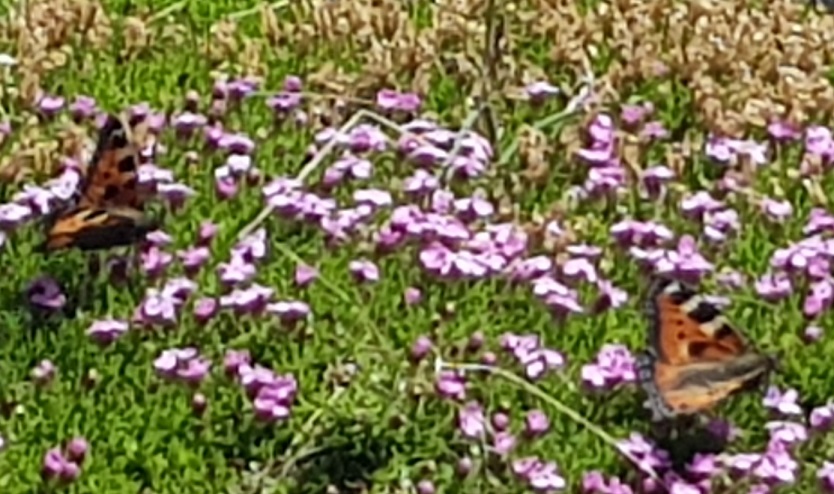 Visible far away was also Castle Elmau which was in the headlines again recently.

I shared too in the new event, as I again could see (it was dark though) Joe Biden in Marine One with Marine Two travelling

to Elmau escorted by some other noisy helicopters.

And I even got one more picture of a plane, which sometimes is Air Force Two (Boing C-32) from airport Munich.

But I think, Kamala Harris wasn’t in Germany, so it was not Air Force Two. We are glad, that our Ronald D. now must run after losing his job after he illegally tried to take over the office.

The swarm enjoyed the warm sun in the glacier region, the stretcher on the sundeck and some means of transport. 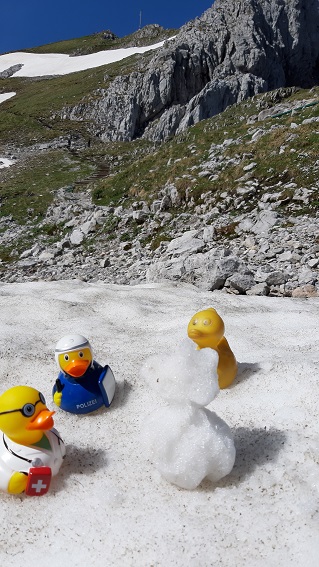 And took the chance to build a Snow Duck with the glacier snow.

Sheila joined one of the technical climbers in the sheer mountain walls round Mittenwald. A climbers paradise. 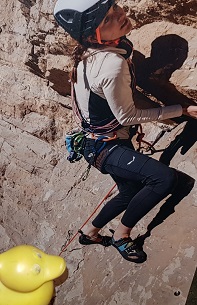 We had to study the manual first. 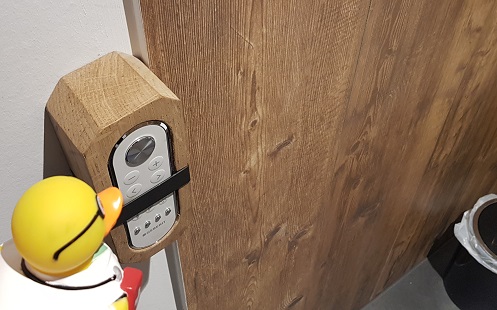 Then we went back down to Mittenwald town,

took this picture dedicated to PETA who loves animals, 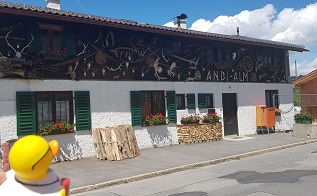 checked in in our hotel, the nice, comfortable “Posthotel”

and enjoyed some food. Also, across the street but while we were eating, we were bothered by some social scroungers,

mice and elephants. Who both had managed to go on orbit. Events Ducks had been duckcriminated at.  Sheila didn’t’ share one bite of her excellent Black-Forest Cake with them beggars.

(violin building was and is an important industry here) on his way to Italy.

During our visit in the lovely baroque church, we saw the miracle of the Pentecost Pigeon flying down from the top of the church. 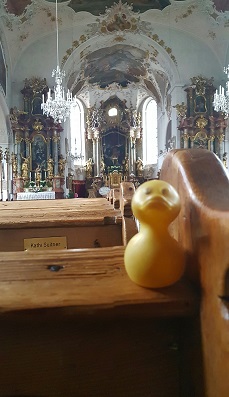 We discovered a tour guide from a Viking Group which came as a surprise to us as we thought, that is a river cruise group. 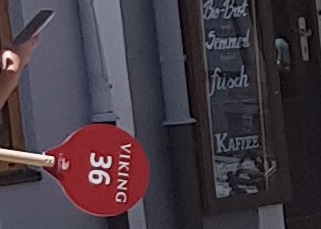 But the Bavarian Navy appears at strange places as we had noticed before. And maybe they used some rafts to transport their clients upstream from the Danube River.

The next day we went on our pre booked carriage ride with the horses of Sepp Zunterer whose (other, less diligent Belgium) horses also appear for Paulaner on the Oktoberfest in Munich. 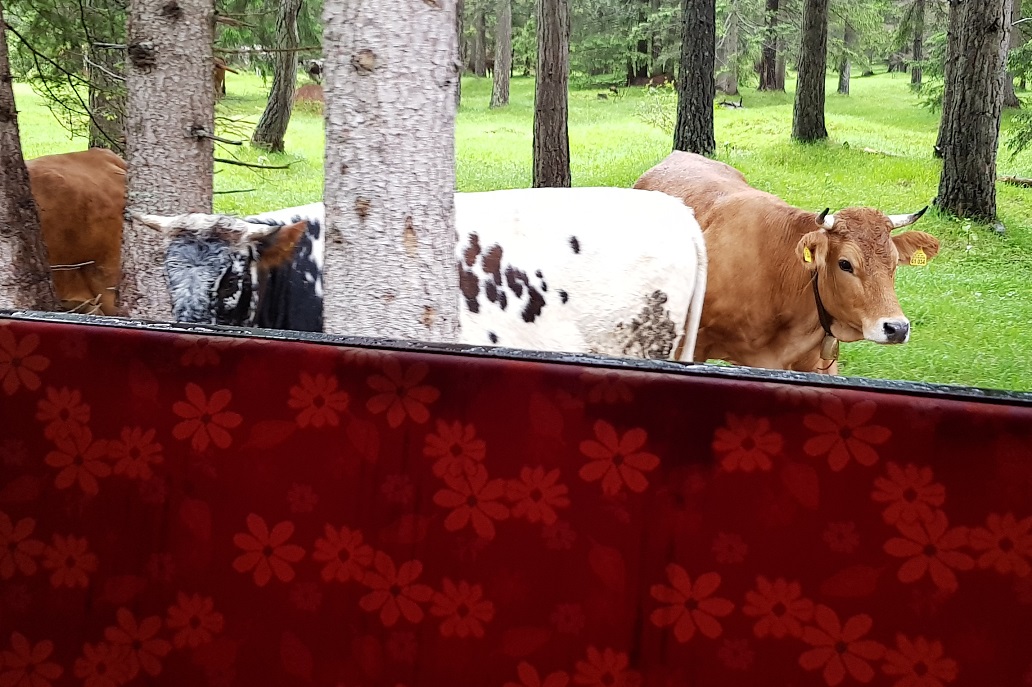 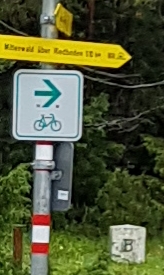 It had started to rain, but the carriage had a roof, mainly to protect the passenger from the sun. So, there was nothing to worry, and there was sufficient beer on board. We had to help to open the cattle gates in the electric cattle fences on our way across the pasture along the wild Isar River (so wuid hinter Scharnitz, so wild behind Scharnitz Austria).

The isolation at parts of the gates helped but with all the rain and humidity in the air and on the ground, I still could feel the low voltage energy which keeps the cattle in the enclosure. The biggest danger however where the grumpy cows along and on the way which were partly not willing to give right of way. But the horses in the end were significantly bigger. So, the cows gave up in the very last moment. We also passed the home stables of the horses and Rebeka and daughter Regina had the notion, to cut short the trip.

But they were good girls and took us back to town in Mittenwald where we had started. 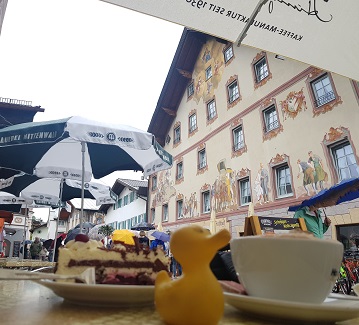 But with the Oktoberfest in Munich again taking place and the „Entenbraterei“ offering Organic Ducks their chances might be slim. But maybe a financial crisis ist their hope. 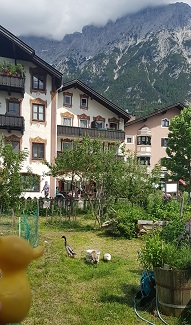