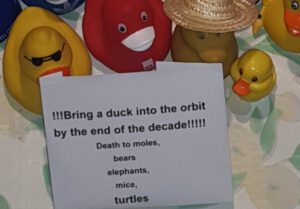 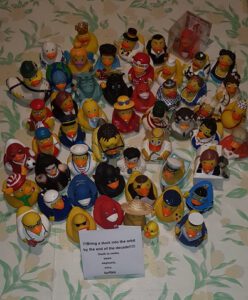 The swarm thinks, it is high time to bring a Duck into the Orbit. But, again the Ducks were cheated. A crummy turtle this time stole the opportunity. Although we sent a petition to the ESA (European Space Agency) last week. They havn’t even answered yet. What for are we paying taxes?

The swarm got together to protest against the bad, repeated Duckrimation. They want equal treatment. They have seen moles, elephants, mice and now a turtle in space but no Duck so far. What a shame.

The Ducks did a little more Deducktive Reasoning
and mathematical calculations which are important in space travel. We learned if you want to keep it simple, Newt-
on will work too.

If wood floats on water and as witches do too, the Swarm came to the solution that
-if a Nutcracker from Thuringia floats on water,
–>he is a witch. Thats a fair cop.

After the shuttle had been knocked across the loom, they decided to celebrate the solution with a traditional Nutcracker Burning (with a nut cracker from Thuringia from the „Zone“ for which we all payed a lot of taxes the past years) and set up another pyre. Sheila did not intercept this time. But she ducked away as the event was a too hard nut to crack for her.

Jamila was selected to light the fire.

Jimmy played Highway To Hell, Duckley sang and the unsuspecting Nutcracker at the beginning played the drumms. 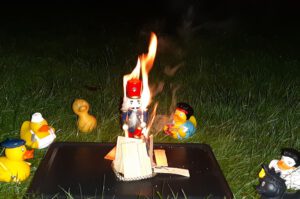 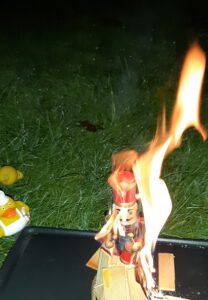 Butch had to clean up what the swarm messed up. 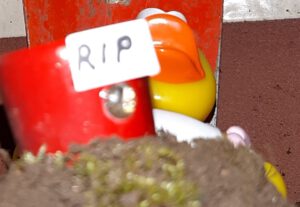 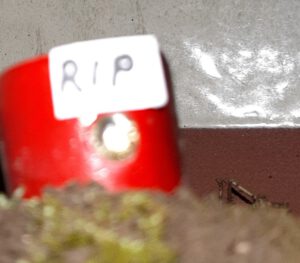 And now Oktober 2022 even this: This bish (Barbie) stole Sheila’s DuckLo. 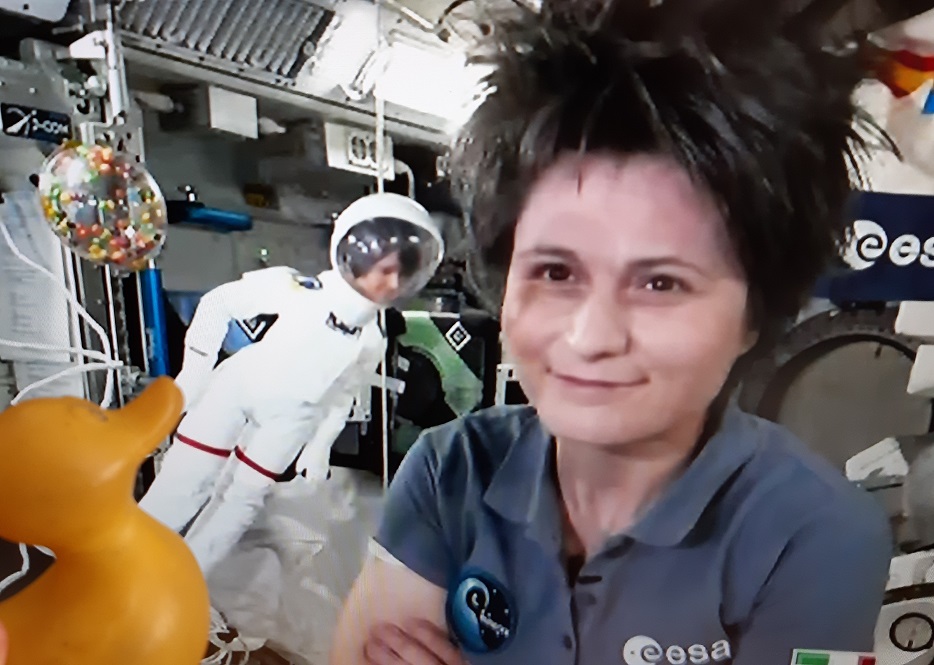