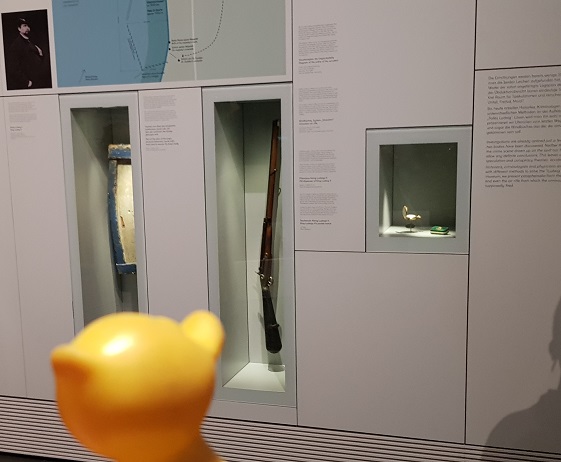 We went back to Ratisbon to finally visit the “Haus der Bayerischen Geschichte” (museum in Regensburg; Ratisbon). 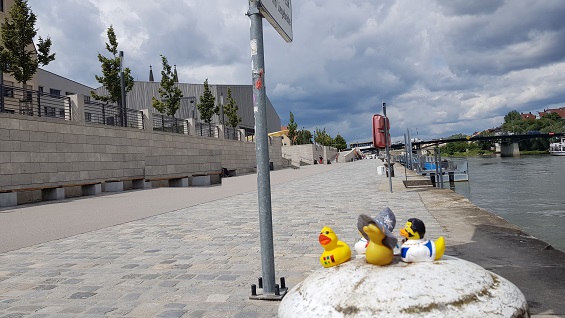 We wanted to see the Non Smoking Gun, the „Windbüchse“, with which (some rumors say) Ludwig II. was shot. It operates with compressed air and is more silent.

We were surprised, that the staff at the entrance could not answer the question, where this highlight of the exhibition is. But after a while we found it.

We also went on a short tour with the nice ship „Kristallprinzessin“ on the important (expensive*) waterway “Danube River” (connected to the Rhein-Main-Donau canal) to Donaustauf. Which was great for some wildlife. To the Walhalla, which we had visited before. It honors many Bavarian Celebrities. 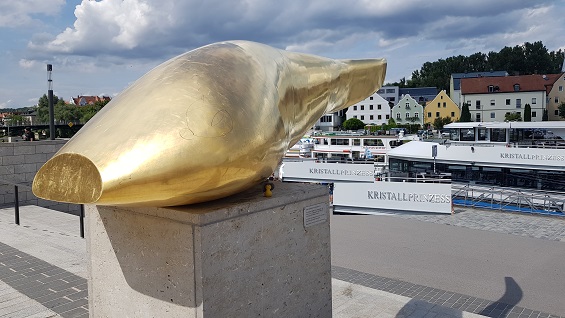 Ship Kristallprinzessin with the Statue of a tasty fish „Waller“. In front of the Museum. 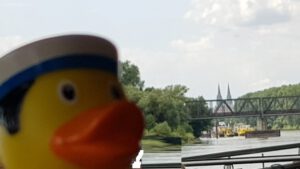 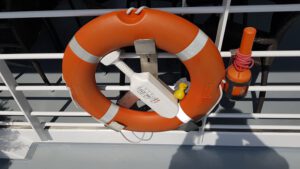 We passed a Beach Club (which was closed) and the important harbour of Ratisbon with big trade ships and Containers at the shore. 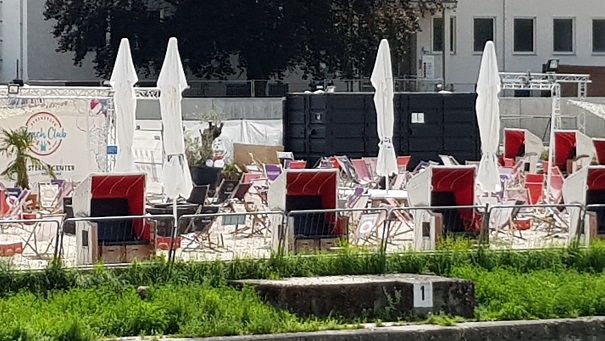 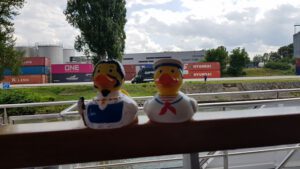 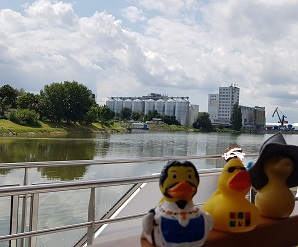 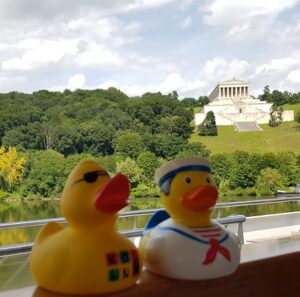 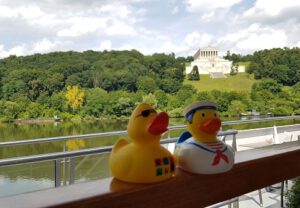 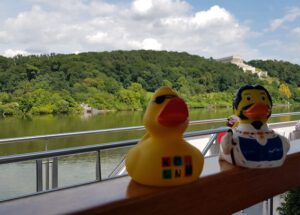 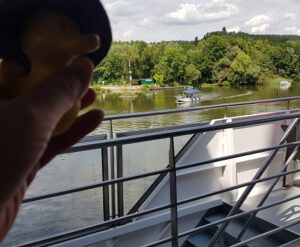 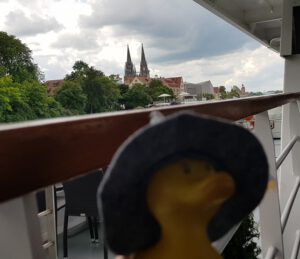 And the Royal Villa of Wittelsbacher King Maximilian II.

But you can also go on much longer trips from here.

And see a lot of Vikings raging through the old town of Ratisbon. While enjoying an excellent Black Forest cake in the center of town. In famous “Cafe Prinzess” (Germany’s oldest coffee shop) which we visited before with great pleasure. With some Great Romans. 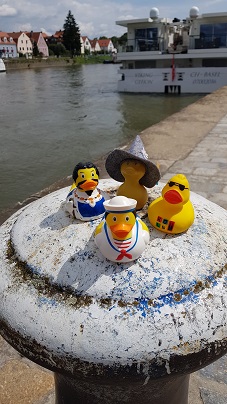 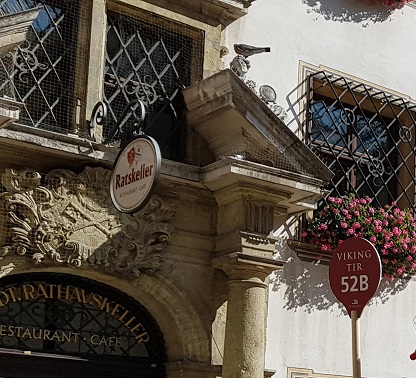 *The Bayerischer Rundfunk Network (part of the German Public Network ARD) 1986, controlled by the CSU Party (the blacks) at that time, interrupted the live, award-winning broadcast of “Scheibenwischer” 1986 in Bavaria under Franz Josef Strauß. Turning Bavaria into the beacon of censorship (München Leuchtet) and Fake News at that time.

The CSU is in the  exposition too. Franz Josef appeared on the Screen. 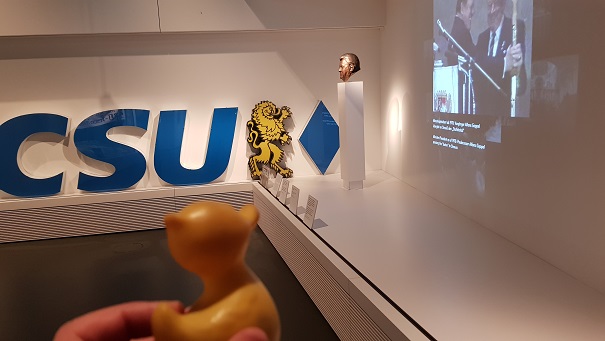 Even the FDP (Heinrich Lummer, “Der Heinrich fürs Grobe”) at that time insisted on a prohibition of wearing masks during gatherings on the streets. (Vermummungsverbot)

Time hasn’t changed much in the FDP since then.

Sheila had to check them out. 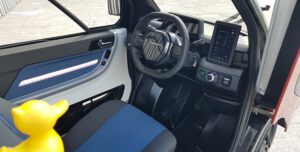 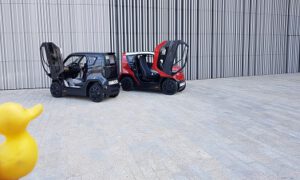 And we finished our Duckumentation about the trip of St. Emmeram.  Close to the timid residence of Princess Gloria (Thurn und Taxis). 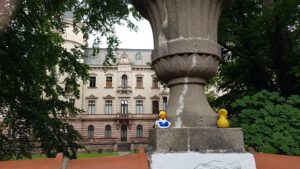