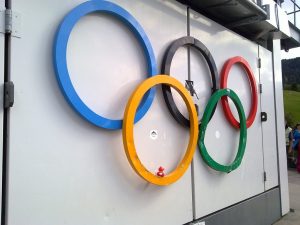 Dieter, Ulrichs Brother joined me on a trip to the Olympic Ski Jump in Garmisch-Partenkirchen. The two Independent towns were united by Adolf Hitler to be better able to perform the Olympic Games 1936. It was here, where for the first time the Olympic Fire was lit for winter games. The idea for the Olympic Torch Relay was brought up by jewish archiologist Alfred Schiff. The Olympic Ski Jump in Garmisch-Partenkirchen also serves as one of the four annual sites of the Vierschanzentournee (4 Hills Tournament), the pinnacle of ski jump sport in Europe. If you are asked who won the Gold medal in a ski jump contest best and savest answer always is Norway. 1936 Birger Ruud from Norway won, and he also won the downhill competition which took place during the games but at that time without the reward of a gold medal. 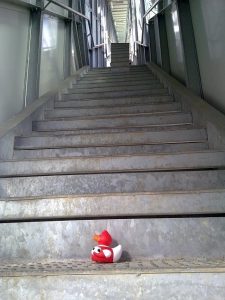 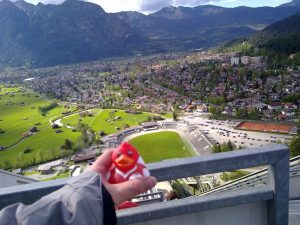 We were able to climb up on the ski jump directly on the ski jump itselve, on the way down we used the inside stairs of the so called „Himmelsleiter“ (ladder to heaven with 332 stairs) of the award winning construction which was built in extremely short time within a year by a austrian Company. Visiting of the construction is only possible at few days and needs reservation or  friends with connections. 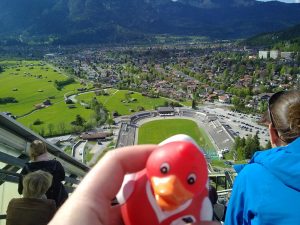 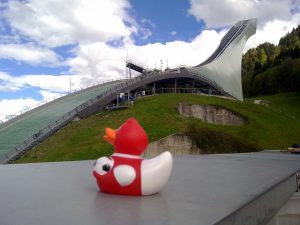 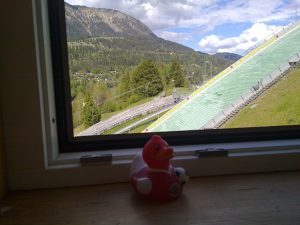 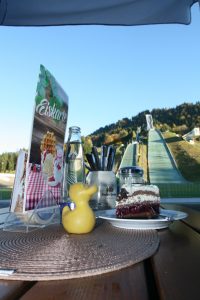 Sheila recently returned and visited the Ski Jump and the Olympic Stadium with the spectator stands which were finished for the Games 1940. The Games 1940 however did not take place due to Hitlers war. The „Olympiahaus“ however was already here 1936 and Hitler opened the games here on the balcony.(„Führerbalkon„). Hitler and Göring enthusiastically  watched Star Birger Ruud, Norway winning the Ski Jumping competition. Sheila enjoyed a excellent Blackforest Cake on the terrace of the restaurant /coffee shop of the Olympiahaus and later a great dinner at this inn. There are nice old Pictures in the house. Before that she went up on the Eckbauer mountain in the gondola vableway to enjoy the still warm automn sun in front of the majestic Wetterstein mountains and Germanys highest mountain, the Zugspitze. Local resident and famous composer Richard Strauss who also worked at the opera Munich also created the famous Olympic anphem. Richard Strauß is commemorated in Munich with a fountain in the Neuhauser Str.(Salome Brunnen). Here is what Richard Strauss, living in Garmisch  said about the games and the new introduced local tax for the games:“Ich denke gar nicht daran, diesen Sport-Unfug zu finanzieren“. (I don’t want to finance this sport nonsence).

Sheila enjoyed a nice sunny afternoon on the Eckbauer Mountain.

Garmisch and Partenkirchen once were two proud, independant villages but Hitler decided to unite them for the games for a straight image. But the two village councils were reluctant. So Hitler asked them to come to Munich and after giving them the prospects of the long term comfort and entertainment of concentration camp Dachau they changed their mind the same day.

Garmisch applied again for the games 2018 together with the planned central base in Munic but was defeated by Pyeongchang, South Korea and tried to apply again for 2022. But the polls among the town inhabitants („Bürgerbegehren„) this time prefented it. Here is a nice piece of Music and more pictures and music to promote the games 2018 in Garmisch. 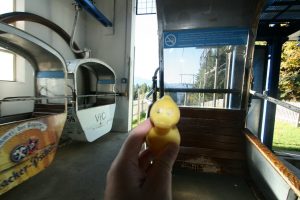 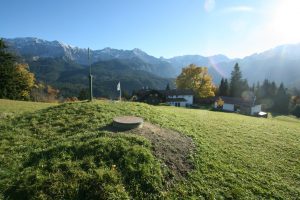 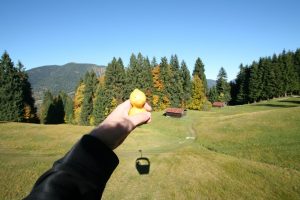 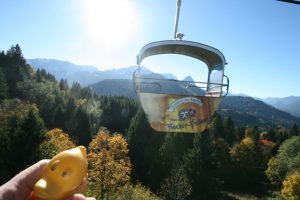 Garmisch is also the starting point of the „Zugspitzbahn„, a cog wheel train up on Germanys highest mountain the Zugspitze and a awarded historical landmark for german artistry in engineering. 1899 Wittelsbacher ruler Prinzregent Luitpold rejected to agree to the construction of the trace because he had the opinion that there is no demand for such a thing. 1928 finally the plans of a new syndicate received approval and the construction of the rail was planed to be finished until 1930, the opening of the near by much more famous „Oberammergauer Passionsspiele“ 1930. Garmisch wasn’t as important at that time. Oberammergau also had a Ski Jump at that time. 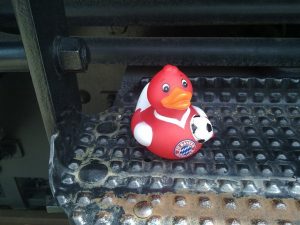 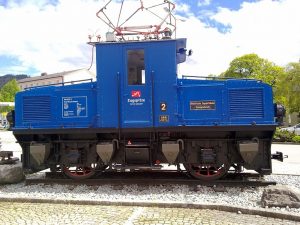 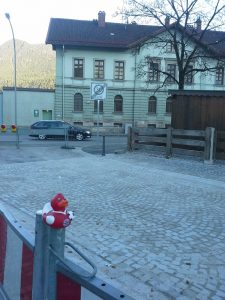 Garmisch-Partenkirchen is also the summer residence of Royal Highness Sultan of the Oman, Quabus ibn Said and a popular tourist spot for tourist from the Middle East, United Emirates and Russia. Real estate prices are rising here. There even is a mosque in Garmisch and there are plans to enlarge it.

He also made it possible for the oompha band of Garmisch-Partenkirchen to appear in the Oman, an event which was broadcasted in the Oman on TV. (they appear at about 1:00 of the event, playing the unofficial Bavarian hyme, promoted by Wittelsbacher king Ludwig II. at the start, the Bavarian Defiliermarsch.

The Alphornbläser were there too and the Goaslschnalzer showed that the Bavarians too can skillfully use the whip and Schuhplattler respectively their girls can spin like whirling dervishes. It was a hot event nobody should have missed.

Peculiar is the fact, that the Garmisch – Partenkirchener finished their performance with the song: “Dem Land Tirol die Treue” as the Bavarians and Tyrolean are from different countries and havent been good friends in the past. But as long as both wear Leather Trousers and Dirndl it’s OK.

Russians were there too. Some of the Music sounds Scottish, but I think, they were not there, this Music was performed by the royal Omani guards. 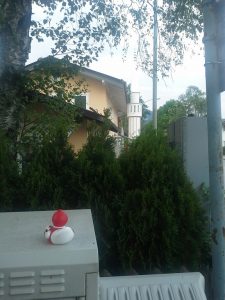 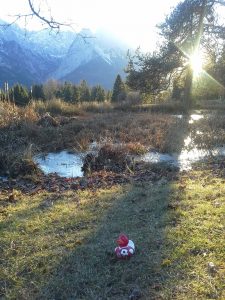